Help for one of Maidan’s heroes

Yuri Borodin was born on December 8, 1993 in Bakchysarai in Crimea. He is a trained technician-mechanic and driver. His passions include sea and mountain rescue. He, along with his mother and brother, moved to Kiev several months prior to the events of Maidan. In the capital Yuri’s 28-year-old brother, a multiple sclerosis sufferer, can get access to specialised medical care. He doesn’t keep in touch with his father, who stayed behind in Crimea. 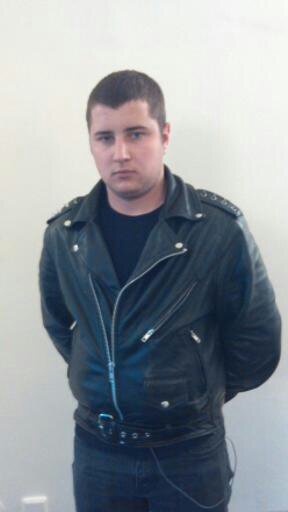 During clashes in Maidan, on the night of 20/21 January 2014, Yuri’s eye was injured by an exploding grenade. Thanks to Maidan’s doctors prompt response, Yuri was transported to Poland for treatment and was admitted to the Central Clinical Hospital of the Ministry of Interior in Warsaw, where he underwent eye surgery. The doctors diagnosed him with severe eye trauma (vitreous hemorrhage, post-traumatic damage to the macula). After the procedure he needed constant observation and consultations. In the following three years Yuri will not be able to engage in extreme sports or perform strenuous physical activities. He will never have full vision in his right eye.

When Yuri left hospital, he stayed in a hostel and was then transferred to the European Centre of Youth Cooperation (ECWM), where his stay was financed by the City of Warsaw. Throughout his hospitalisation, hostel and ECWM stay he received subsistence allowance from the Education for Democracy Foundation, an organisation that disburses financial support for the Maidan casualties treated in Poland. Currently Yuri lives with a Ukrainian family in Warsaw and has no means to sustain himself. As he cannot go back to the Russian-occupied Crimea, and while his family is in a difficult material situation, Yuri decided to stay in Poland. Now he is working hard to learn Polish, he would like to study at the Warsaw University of Technology and get a job. He hopes that one day he will be able to support his ill brother and mother, who live in Kiev.

In February, when the most violent clashes took place in Maidan, Yuri’s mother worked as a nurse. But she never received any support from Ukrainian authorities, and the rent she has to pay for the apartment in Kiev exceeds the family’s income.