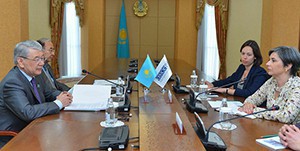 The visit followed meetings with senior government and parliamentary officials in Astana, in which Santos stressed the need for Kazakhstan to fully implement its international human rights commitments and enact genuine political reform.

Santos spoke with Kozlov for approximately one hour, via an OSCE interpreter, at the penitentiary facility to which he was recently transferred for the remainder of his prison term. Topics discussed included Kozlov’s sentencing, his prison conditions and the political system in Kazakhstan.

“I raised the case of Mr. Kozlov and a number of other politically motivated cases in all of my official meetings in Kazakhstan. I was told that some of these people currently in jail will be released in the near future. I welcome such measures and do hope that includes Mr. Kozlov. I will follow these cases closely,” Santos said. 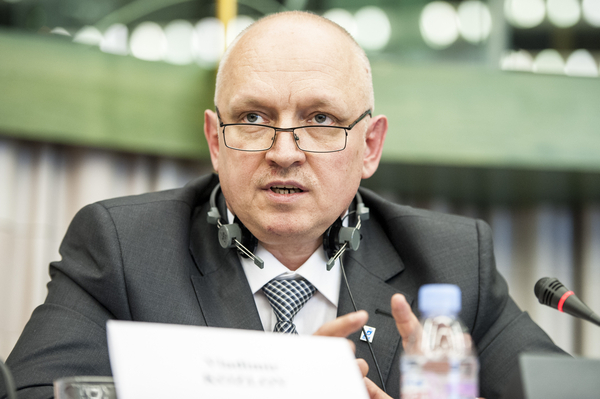 leader of the Alga! party

Kozlov is the leader of the unregistered Alga! party. He was sentenced to 7 ½ years in prison in October 2012 on charges that include attempting to overthrow the government and in connection with his role in the mass strike by oil workers in Zhanaozen in December 2011.

Santos had petitioned the Kazakhstani government early this year to allow her to visit both Kozlov and Roza Tuletayeva, an activist who defended the rights of striking workers in Zhanaozen. Tuletayeva is currently serving a five-year jail term for her role in the strike, which turned violent and was suppressed. Santos’s request to visit Tuletayeva was not processed by the authorities in time. She did, however, welcome Tuletayeva’s recent transfer to a prison colony with a more relaxed regime.

“I appreciated the open discussion that I had with the Kazakhstani authorities. I was also impressed by the country’s economic development and ongoing reforms in the business sphere. However, this reform process will remain incomplete unless it goes hand-in-hand with full-scale democratization. The country must commit to upholding freedom of expression and association and creating an open, multi-party system in line with the international obligations it has undertaken, including the OSCE’s Madrid and Copenhagen commitments,” Santos said.

In discussions on proposed amendments to criminal and administrative codes in the country, Santos welcomed steps such as reform of the penal system, but cautioned against provisions that could limit freedom of expression or association. Santos also urged full implementation and sufficient state funding for the National Preventive Mechanism against Torture and Ill-treatment in Kazakhstan (NPM). She also expressed concern about pressure on lawyers who defend politically sensitive cases and advised against the potential downgrading of the mandate of the OSCE Centre in Astana.

During her visit she also held discussions with representatives of civil society, nearly all of whom were women, on topics including media and political freedom and prison conditions. Santos commended the activists for their courage and commitment.