The Yagichevs family – Rafat and his mother Zemfira – come from the Crimea. They were forced to leave the peninsula due to the Russian occupation, and now they reside in Kiev. The Open Dialog Foundation has provided financial support to the family in the form of payment for rent in the amount of UAH 1,500. 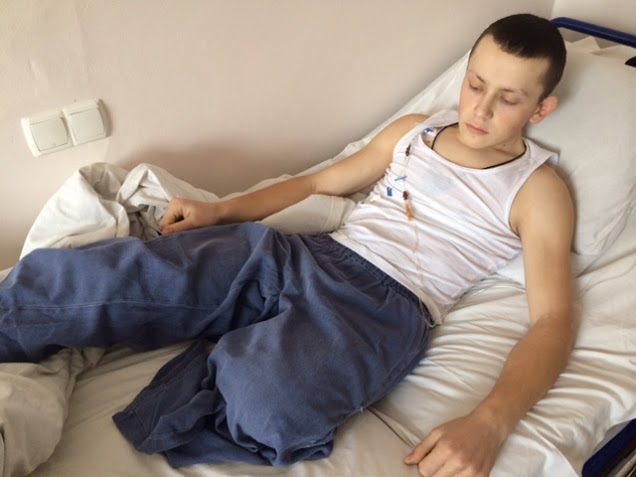 Nineteen-year cadet of Ukraine’s MIA, Rafat Yagichev sustained a bullet wound to his left leg during clashes on Independence Square in February 2014. Rafat was at the forefront of military students, blocking Hrushevskoho Street, and so he did not actively engage in actions against protesters. Due to the injury, his leg was amputated. In March and April, he received medical treatment in Sweden, the cost of which ($13,000) was fully financed by a philanthropist. In October, he will require further surgery in Sweden – replacement of his temporary prosthesis with a permanent limb. The cost of the new prosthesis was covered by philanthropists, but funds for the flight of Rafat and his mother are still to be raised.

Find how you can help