Due to several penalties imposed on human rights defender, Vadim Kuramshin and possible further provocations, he may be refused  a transfer to a more lenient ‘general regime’ within his penal colony. The human rights activist labels the pressure exerted by the administration as ‘illegal’ and ‘politically motivated’.

On 7 December, 2012, Vadim Kuramshin was sentenced to 12 years’ imprisonment in a strict regime colony with confiscation of property having been convicted of extortion (Article 181, section 4 of the Criminal Code of the Republic of Kazakhstan). A jury had previously acquitted Kuramshin, but by decision of the Appellate Court, the case was ordered to be reconsidered. According to human rights activists, Vadim Kuramshin is a ‘prisoner of conscience’ and was convicted due to his activity in the field of human rights protection. Vadim Kuramshin is serving his sentence in the colony ES [EC] 164/4 in the village of Gornyi (North Kazakhstan Province). When conducting human rights activities, Kuramshin repeatedly raised the issue of violation of prisoners’ rights in this colony. In this regard, there are fears that due to his detention in the colony ES [EC] 164/4 there exists a threat to his life and well-being. 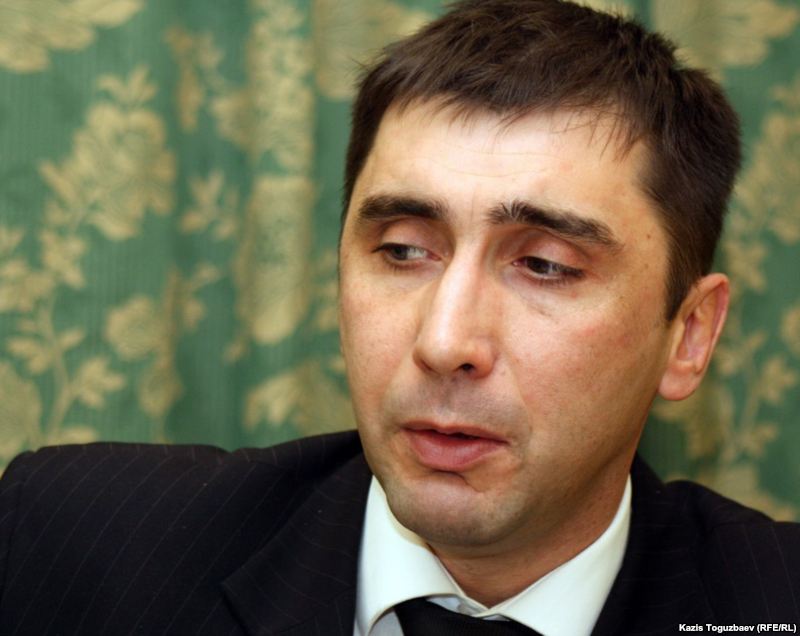 As the article under which Kuramshin was convicted, belongs to the category of ‘particularly serious’ crimes, upon his arrival at the colony he was being held in ‘severe’ conditions. Vadim is housed in a cell with three other inmates. In accordance with Article 121 of the Criminal Executive Code (CEC), the inmates are entitled to two short visits, one package and one small parcel per year. The general regime of incarceration provides that inmates live with other inmates in dormitories or locked rooms. According to Article 120, section 5 of the CEC,“transferal from a strict regime to a general regime can be implemented ​​no sooner than after one year of a prisoner’s sentence has been served, in the absence of penalties for violation of the established rules regulating service of the sentence”.

In March or April, 2014, Vadim Kuramshin shall gain the right to be transferred to a general regime. According to the CEC of the RK, sanctions imposed on the convict are to be annulled if within six months from the date of a disciplinary penalty being enforced, the convict is not subjected to any new sanctions. Even a single sanction, which is not ‘cancelled’ (annulled) by the administration, prosecutors or the court, will result in a delay in the transfer of activist to a general regime by at least a year.

The sanctions of 30 December, 2013 and 10 January, 2014, were not annulled for a long period, and so there was a real risk that Kuramshin would remain under strict conditions of imprisonment. Due to the tendency of being subjected to unjustified penalties, Vadim Kuramshin announced that on 25 January, 2014, he would go on hunger strike. However, at a meeting with his counsel on 29 January, 2014, Kuramshin announced that he had called off the hunger strike due to the fact that all the sanctions had been annulled. The human rights defender fears new provocations in his address.

As stated by the counsel, Vadim Kuramshin believes that the imposition of sanctions on him is systematic and aimed at preventing his transfer to a general regime. The counsel noted that he does not believe that Kuramshin, being a smart and reasonable person, would knowingly violate the rules of the correctional institution. Dmitriy Baranov considers that there is no objective and impartial evidence related to said violations.

In accordance with Article 87 of the CEC of the RK, convicts who are kept in strict conditions of imprisonment are entitled to a telephone conversation only under exceptional personal circumstances. This provision significantly limits the ability of prisoners to communicate with their families and update them on their condition. The Chief of the colony ES [EC] 164/4, Valikhan Baytasov stated that all prisoners without exception, are permitted to contact their relatives once a month. However, from May to September 2013, Vadim Kuramshin was forbidden from calling home. Vadim Kuramshin’s wife, Katerina, is preparing a complaint to the prosecutor’s office of the North Kazakhstan Province due to the fact that Vadim is not permitted to make phone calls: the last call he made was in November 2013. In January 2014, Vadim reported to his counsel that because of him, he along with all inmates had been banned from making phone calls to their relatives and friends, as well as watching TV. Perhaps, these actions are aimed at instilling prejudice in other convicts against Kuramshin.

The above actions of the administration of the colony prove that all conditions have been created to prompt a refusal to transfer Vadim Kuramshin to a general regime. It is much easier to control the human rights activist under conditions of imprisonment in which he shares a cell with three prisoners, than in a barracks, where he would be able to communicate with a large number of prisoners and assist them in defending their rights. One of the reasons behind this kind of obstruction may be personal enmity of the colony workers against Kuramshin due to the fact that he has previously commented on incidents of violations of prisoners’ rights in that very facility.

Presently, the human rights activist is striving to get a transfer to a high-security penal colony, which is situated 30 km away from Astana, in the village of Arshaly (formerly – Vishnevka), Akmola Province. The official website of the Committee of Criminal and Executive System of the Interior Ministry of Kazakhstan reported that‘exceptional family circumstances’ are the only reason which can prompt the transfer of a prisoner to another prison. Olga Koltunova, Vadim Kuramshin’s mother, has health problems. She states that it is difficult for her to travel to the colony in Gornyi. Vadim Kuramshin claims that it would be easier for his mother to travel to the village of Arshaly.

The Open Dialog Foundation hereby urges the administration of the colony ES [EC]  164/4 to cease exerting pressure on Vadim Kuramshin, restricting his right to communicate with his relatives and instillingprejudice in other prisoners against the human rights defender. The imposition of unjustified penalties and hindrance of his transfer to a general regime can be considered abuse of office. Given the systematic use of torture in Kazakh prisons, we are concerned by the fact that Vadim Kuramshin is being detained in a colony where he may be subjected to abuse by its employees. We hereby urge the authorities of Kazakhstan to announce their decision to transfer Vadim Kuramshin to another colony, where he wouldfeel safe.

Such a step taken in favour of the human rights defender would serve to confirm that Kazakh authorities have chosen the path of humanisation for Kazakh criminal law, because, despite the statements by the authorities of Kazakhstan, the reform of criminal procedure legislation, as currently drafted, exacerbates violations of the right to a defence during trials and the rights of convicts, expands the powers of the prosecuting authorities and creates an opportunity for abuse by administrations of prisons. We also believe that the case of Vadim Kuramshin should be revised in compliance with all the rules of procedural law.

All those willing to help are welcome to support our appeals by sending their own statements to the following institutions: