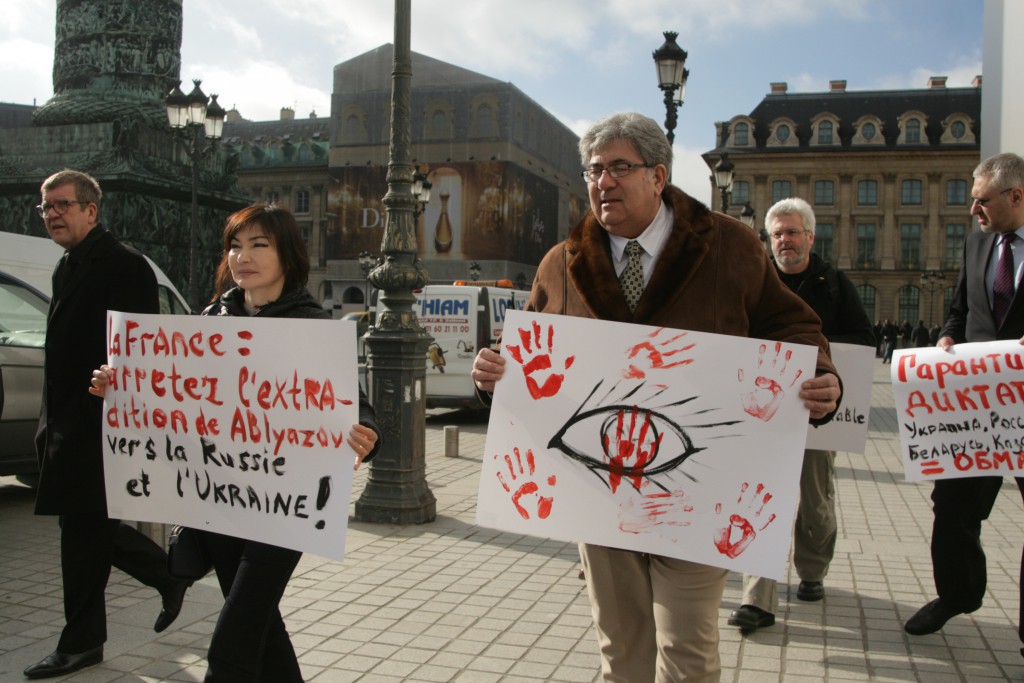 Demonstration in defence of refugees

On the 26th February in Paris, a demonstration was held in defence of political refugees from countries of the former Soviet Union. The protesters gathered near the building of the French Ministry of Justice. The manifestation was held the day before another session in the French court in Aix-en-Provence hearing the case of Mukhtar Ablyazov. The event was joined by the dissident’s wife and daughter – Alma Shalabayeva and Madina Ablyazova.

Amongst other things, the demonstrators appealed for legal protection of the mechanism of asylum which is a guarantee for dissidents persecuted by undemocratic regimes. At the same time, the protesters pointed to the abuse of secret services under the façade of post-Soviet democracies, in particular investigation through Interpol. Reference was also made to the traditions of France as the ‘cradle of human rights’ and an appeal was voiced to reject political and diplomatic assurances of states such as Russia, Ukraine, Belarus, Kazakhstan, Uzbekistan and other semi-democracies. These countries do not observe the right to a fair trial for the accused, the protesters claimed.

The manifestation was also joined by political refugees from Russia, Ukraine, Kazakhstan, Uzbekistan, Tajikistan and other countries, who shared their histories with the people gathered. They talked about cases of persecution of political refugees based on false accusations of criminal or terrorist activities, and of their being intimidated and persecuted by the regimes of their own countries.

The demonstrators addressed their appeal, amongst others, to the French Ministry of Justice, calling upon the officials to participate, as independent observers, in political trials in authoritarian countries. They could then familiarise themselves with an administration of justice which departs from European standards and see that the political assurances of Russia and other countries do not match reality.