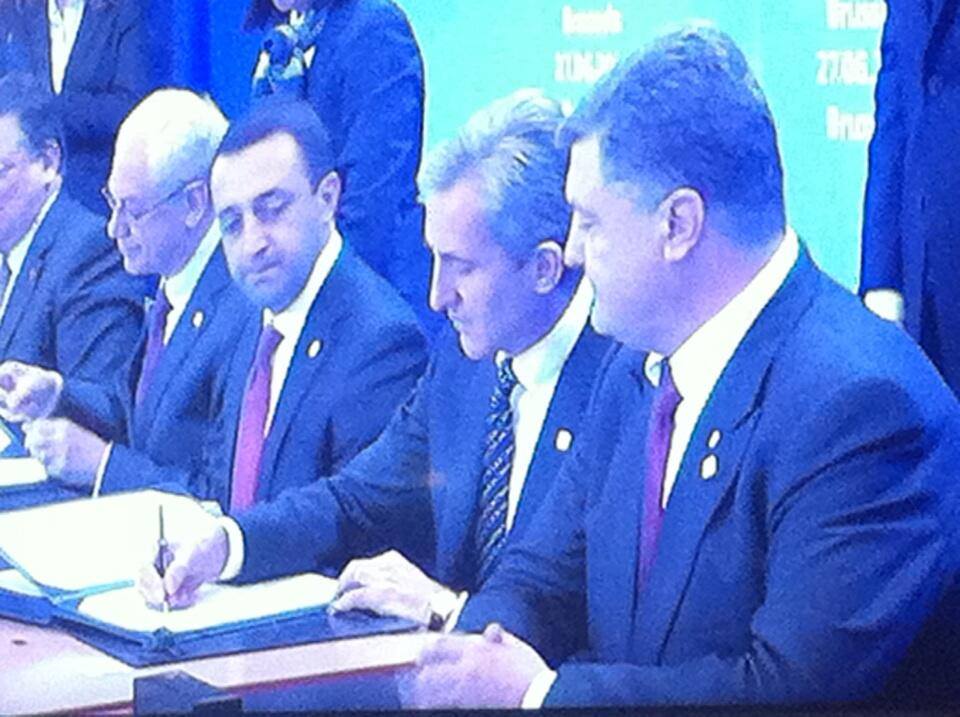 “I think this is one of the most historic days for my country after getting independence” – Poroshenko told reporters as he arrived for signing ceremony. “It’s an absolutely new perspective for my country”

Before, the political part of Association Agreement was signed by Ukrainian Prime Minister Arseniy Yatsenyuk in March 2014.