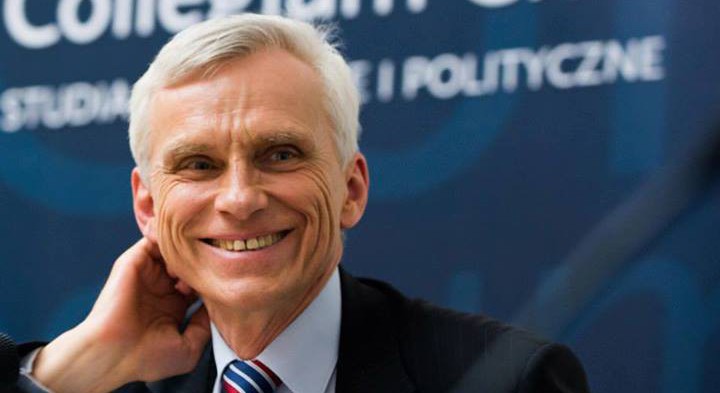 Can Europe turn Nazarbayev into a democrat?

On May15, 2013, during a joint debate held at Collegium Civitas, members of the academic community, world of politics, media and NGOs talked about the shape of Europe’s cooperation with Kazakhstan and the meaning of foreign consultants, advising this authoritarian state on its path towards democracy.

On May 15 Collegium Civitas hosted a debate devoted to the current situation in Kazakhstan. This key republic in Central Asia and third largest economy of the CIS continues to be a hot topic. Despite official declarations and numerous international commitments, Kazakhstan does not respect basic human and civil rights. Members of the opposition, NGOs and some independent media outlets are subject to repressions. Also, the question of the country’s fate after the expected step-down of its ailing president Nazarbayev remains unanswered. At the same time, economic ties between our countries are flourishing, while Ambassador Yerik Utembayev, the Polish Ministry of Foreign Affairs and the Association of Provinces of the Republic of Poland are conducting an extended campaign for Kazakhstan.

May 16 was supposed to be the date of Kazakhstan’s prime minister, Serik Akhmetov’s visit to Poland, however, the visit was cancelled at the last moment – due to “internal circumstances”, as official sources announced.  The conference, moderated by Ludwika Włodek, was kicked off with a discussion panel devoted to the issue of providing advisory assistance to a state that is effectively run as a dictatorship. It started with two videos showing contrasting images of Kazakhstan. The first featured Tony Blair and Aleksander Kwaśniewski, advisors to president Nazarbayev, who portrayed Kazakhstan in a very good light, as the region’s leader, both in terms of its economy and reforms.  This picture was juxtaposed with videos shot by amateurs, featuring the violent pacification of the peaceful strike of oil workers in Zhanaozen in December 2011. The panellists: Marcin Święcicki MP, Professor Zbigniew Lasocik – head of University of Warsaw Human Trafficking Studies Centre; and Dr Julian Pańków – deputy head of Collegium Civitas Department of International Relations, presented different opinions and thoughts on whether, and how the West can influence internal developments in Kazakhstan. In the following panel, concerned with the importance and optimal shape of Europe’s relations with Kazakhstan, we heard speeches from Dr Monika Strus-Wołos of the Polish Bar Council (head of the Council’s observation mission to Kazakhstan); Lyudmyla Kozlovska, President of the Open Dialog Foundation; Muratbek Ketebayev, a Kazakh activist and founder of Civic Activity, one of the leaders of the delegalised Alga! party; and Michał Potocki with the Dziennik Gazeta Prawna (legal newspaper) daily. All panellists agreed that the key factor in fostering and promoting civil liberties as well as in strengthening the business exchange, including foreign investment, is the rule of law as opposed to the present system based on corruption, nepotism and holding arbitrary political will above the law. The discussion was met with animated reactions form members of the academic, legal and student communities, including a large group of Kazakh youths living and studying in Poland. The Open Dialog Foundation was the co-organiser of the event.