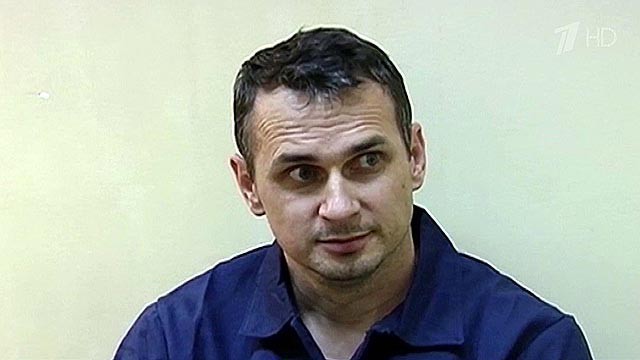 Oleg Sentsov, Ukrainian film director, screenwriter, producer and pro-Ukrainian activist and three of his colleagues were unlawfully kidnapped from the occupied territory of Crimea by the Russian FSB agents and transferred to Moscow on 23 May 2014.

For days nobody knew anything about their whereabouts, as they were being kept secretly in detention by the FSB forces, without any accusations being brought against them.

They were charged with plotting a terrorist attack and being members of a terrorist organisations only after having been transferred to Russia, where they are now being held in an FSB detention facility.

Oleg Sentsov claims he is not guilty of the accusations. He has confirmed his statement in a hearing in Moscow, held on Monday 7 July 2014. He added that he is not a slave to be passed along from one country to the other along with the land, and reiterated that he is the citizen on Ukraine and does not recognise the Russian occupation of Crimea.

A video recording from the trial can be seen here: tvrain.ru and here:

Existing information, as well as the testimony by Oleg Sentsov during the hearing on Monday 7 July, indicate clearly that all activists were subjected to torture and ill-treatment during the time of detention in Crimea.

The contact with the detainees is extremely limited at this point in time, as the counsels were forced to sign non disclosure statements regarding the case files and the representatives of Ukrainian authorities are being refused permission to visit the activists in detention. Authorities in Moscow claim that the detainees, as residents of Crimea, are Russian citizens.

The Open Dialog Foundation appeals to the European Union to intervene and request explanations from the Russian Federation on the detained Ukrainian activists and their wellbeing.

At the same time, we urge Ukrainian authorities to categorically demand access to Oleg Sentsov and his colleagues, as well as their immediate release.

We call on the Russian authorities to free the Ukrainian activists held in detention in the FSB prison.