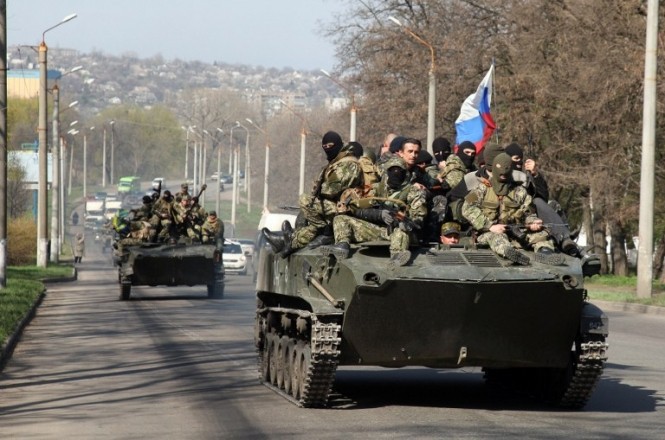 The number of victims of confrontations between the forces of the anti-terrorist operation in Ukraine and terrorist groups in Donetsk and Lugansk Provinces is growing every day, and includes civilians. Meanwhile, the Russian authorities have never openly condemned the terrorist meanss of action of so-called supporters of Donetsk and Lugansk People’s Republics, which in Ukraine are considered terrorist organisations. On the contrary, the officials in Moscow protect the interests of ‘separatists’, accusing the authorities of Ukraine of carrying out ‘punitive operations’ in the east of the country and calling for an end to the anti-terrorist operation. The information presented in the report shows that it is the Russian Federation which is the main ‘sponsor and organiser’ of terrorism and separatism in eastern Ukraine:

Infiltrations of gunmen and armament (including heavy armament – tanks, multiple launch
rocket systems, armoured transporting vehicles) are carried out from the territory of the Russian Federation to Ukraine;

On 3 June, 2014, the President of the Russian Federation once again denied the presence of Russian soldiers and instructors on the territory of Ukraine. “No military forces, no Russian instructors are present in the south-east of Ukraine”, – Putin stated. Let us recall that Russia’s president made similar statements during the Russian occupation of the Crimea. Then, Vladimir Putin also categorically denied the presence of Russian troops on the peninsula, however, when the annexation of the Crimea had been completed, he admitted that there were Russian soldiers who acted under the guise of so-called ‘Crimean Self-Defence Forces’. 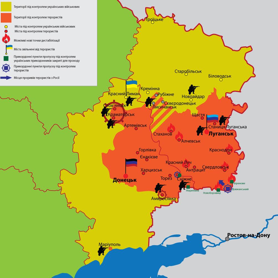 It is noteworthy that the tactics used by Russia in the east of Ukraine today is significantly different from the ones used in the Crimea. The Kremlin didn’t сoncentrate its attention on the units of the Russian army as was the case on the Crimean peninsula, but rather on separate terrorist groups. Russia actively supports them with weapons and personnel – Russian ‘volunteers’ take part in military operations on the side of terrorist groups within the territory of Ukraine.

In order to eliminate terrorist groups in Donetsk and Lugansk Provinces and ensure civil security in those regions, the Armed Forces of Ukraine and the National Guard of Ukraine (part of the Ministry of Internal Affairs) are carrying out an anti-terrorist operation (ATO). As of 11 June, 2014, terrorists have controlled the smaller part of these regions. It is noteworthy that they control exactly those areas which are the closest to the Russian border, as the main reinforcements (gunmen and weapons) for the terrorists come from Russia.