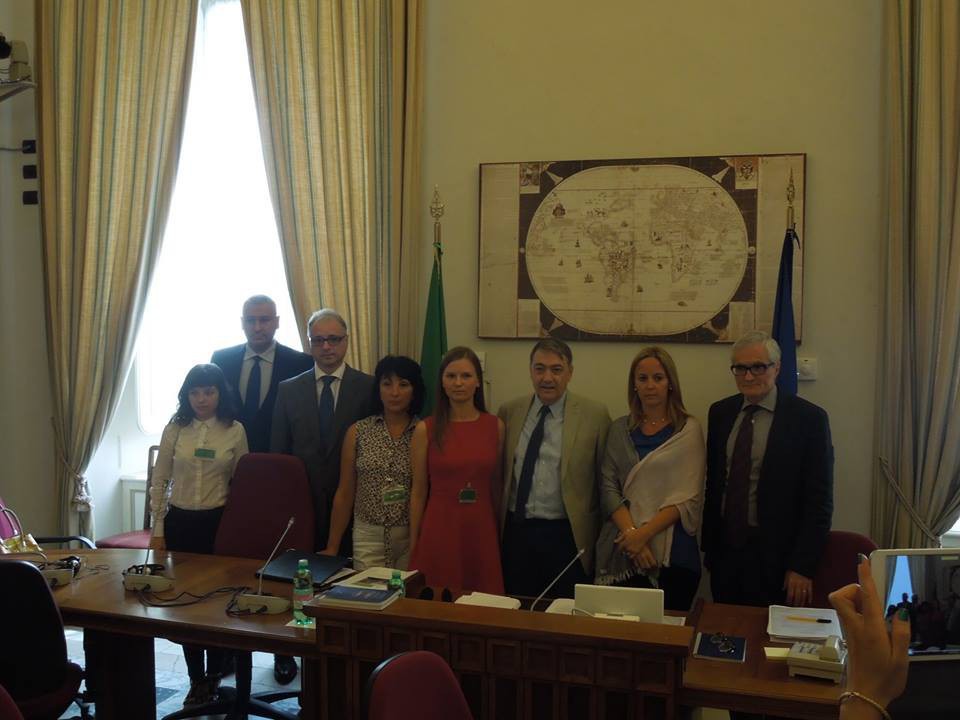 On 15 July 2014, the Foreign Affairs Committee of the Italian Parliament held an informal exchange of information on the situation in Ukraine with representatives of the civil society and activists.

The Open Dialog Foundation was invited to speak at the event. Our President, Lyudmyla Kozlovska, underlined the crucial role that Italy is having now on the international arena as it has taken over the Presidency of the Council of the European Union in July. She underlined the need for a strong response from the EU member states and also from the side of the Italian parliament to the huge wave of propaganda coming from the Russian side. Italy has a historic chance to help solve the crisis situation in the East of Ukraine by diplomatic means, before the open war is declared and it should seize the opportunity to use best its experience and to wisely put political pressure on Russia.

Lyudmyla Kozlovska also mentioned the cases of O. Sentsov and his colleagues, as well as of N. Savchenko, Ukrainian citizens, kidnapped by the Russian FSB and now illegally detained in Russia, facing absurd charges. The Ukrainian authorities have no access to them, although they are Ukrainian citizens, and it is basically impossible to tell what their conditions are.

The Italian deputies, members of the Foreign Affairs Committee, also had the opportunity to listen to direct testimonies of Mrs Elena Rybak, widow of Volodymyr Rybak, pro-Ukrainian city councilman from Horlivka, in East Ukraine, found dead in April this year near Slovyansk. He was involved in some anti-separatist activity, promoting the integrity of the Ukrainian state and because of this activity he was abducted by a group of individuals, members of the terrorist groups supporting the separatist movements in the East of Ukraine. His body was found a few days later with signs of horrible tortures and ill-treatment. Mrs Rybak has also faced personal threats and had to flee from her hometown along with her daughter.

Mr Mark Feygin, Russian lawyer and member of the political opposition to Vladimir Putin, as well as lawyer of M. Dzhemilev, leader of the Crimean Tatars, ex President of the Crimean Tatar’s Parliament and now also of N. Savchenko, spoke more about the character of the Russian propaganda and its use both inside the country and outside – in Ukraine and in the EU. He underlined the need for the EU to support Ukraine in its fight to become a fully democratic country and to oppose the Russian propaganda, spreading false information.