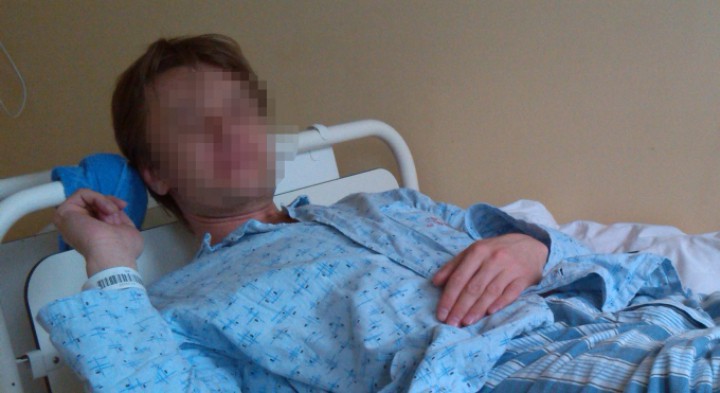 In February, during the Maidan protests, Dima was wounded by a grenade explosion; the explosion ruptured his eardrums, and shrapnel became embedded in his legs.

Dima underwent the first specialist ear surgery in the Warsaw MIA Hospital. The patient feared that he would not come out of anesthesia. The support was provided to him by the Foundation’s psychologist, Natalia Basko, who accompanied Dima while in hospital.

Subsequently, Dima was transferred to Katowice for psychiatric rehabilitation. However, his condition steadily deteriorated. After a month, the man was transported to Warsaw MIA Hospital again, the greatest pieces of the grenade, not discovered during the initial surgery, were removed from his legs. In Poland, he also underwent ear surgery in a private clinic. Dima currently residing in Ukraine, awaits the opportunity for further hospitalisation and subsequent procedures in Poland. Ukrainian doctors do not wish to undertake complex surgical procedures.

During his stay in Poland, Dima was supported by the Foundation’s psychologist who conducted numerous interviews with the patient, accompanied him during surgery as well as providing information about him to his family.