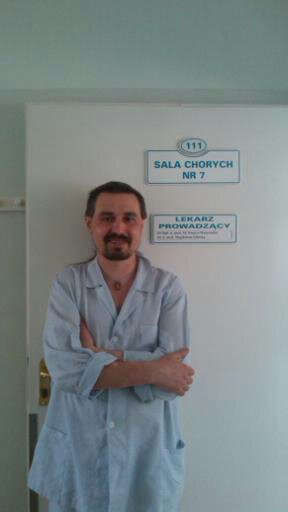 A singer and composer wounded in the eye

In January, during the protests on Kiev’s Maidan, Viktor Reka was shot in the eye by a Berkutofficer. At the time of shooting, Viktor was within 10 metres from the line of the Berkut officers.

Ukrainian doctors did not agree to conduct surgery, and so, on 25 February, 2014, the wounded man was transported and operated on in Poland. Then, in Warsaw, he underwent two further operations, which have not yielded the expected results. Currently, he resides in Warsaw along with his wife and daughter.

In Kiev, Reka supported the protesters, encouraging them to fight. He is a singer by profession. In spite of the previous operations, he still hasn’t regained full vision in his left eye. He requires further rehabilitation and subsequent treatments.

A psychologist from the Open Dialog Foundation, Natalia Basko, gave Viktor psychotherapeutic help. The Foundation also helped in the admission of the patient’s child to one of the schools in Warsaw and gave the family financial assistance in the amount of about 1000 PLN.