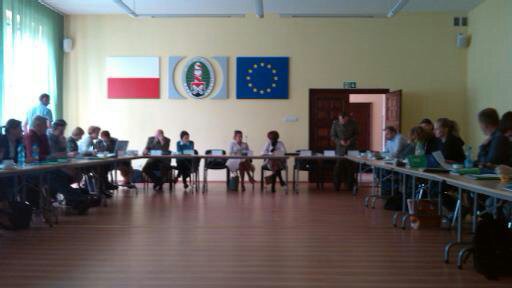 Between 7-8 May, 2014, in Lubań, in the Centre for Border Guard Specialist Training, a symposium entitled ‘Psychological aspects of dealing with foreigners’ was held.

Participants exchanged experience in dealing with foreigners traumatised during armed conflict, terrorist attacks and persecution on racial or political grounds. Also, the situation in their countries of origin, the reasons for migration and the procedures regarding the granting of refugee status under Polish law were discussed.

Representatives of the Polish Centre for Rehabilitation of Victims of Torture with the Foundation for International Humanitarian Initiative, the Office for Foreigners and 2nd Military Field Hospital in Wrocław took part in the symposium as experts.

The Open Dialog Foundation was represented by psychologist Natalia Basko, who spoke about the symptoms of post-traumatic stress disorder (PTSD) in victims of torture and participants of war events, using the experience of working with the wounded Maidan activists and refugees in Poland. The ODF representative also spoke about ways to overcome culture shock and help in the adaptation of foreigners to a foreign country.

Participants in the programme received a certificate: “The psychological aspects of dealing with foreigners.”