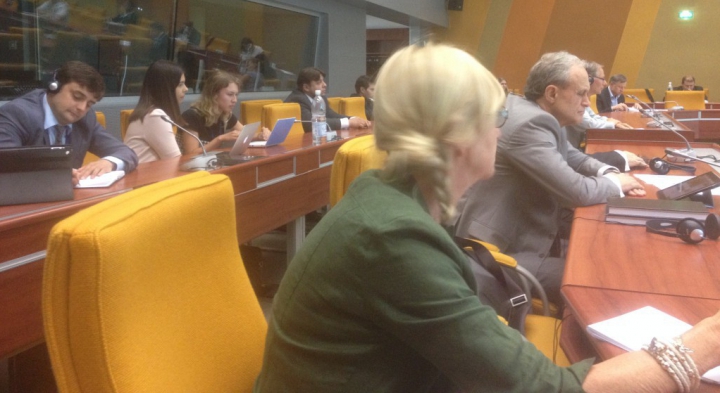 The Open Dialog Foundation organised a debate, accompanying the meeting of the Parliamentary Assembly of the Council of Europe (PACE), which was held on 24 June, 2014, in Strasbourg. The debate

named ‘Ukraine – the shadow of war and the search for a better future’ was devoted to the situation in Ukraine and structural challenges, faced by the Ukrainian authorities. At the invitation of ODF, the meeting was attended by Yehor Sobolev, the head of the Social Lustration Committee and Anastasiia Chrona, an activist from the CrimeaSOS [‘KrymSOS’] movement.

Issues raised at the meeting included the need for monitoring by the Council of Europe of the situation of Ukrainian citizens and activists kidnapped in the Crimea and transported to Russia, where human rights defenders are denied access to those kidnapped and accused of terrorist activity, which is punishable by imprisonment.