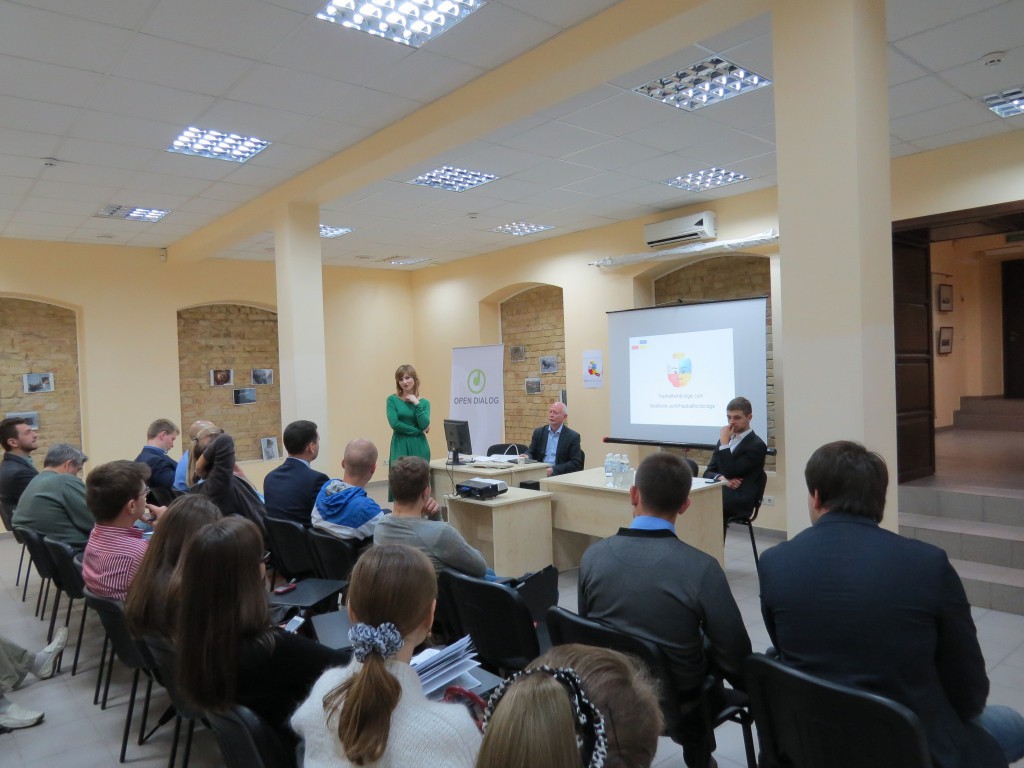 Presentation of the youth project contest ‘‘Hackathon Bridge: from Poland to Ukraine’’ given in Kiev

On June 26, 2014, in the Centre of Polish and Ukrainian Studies of the National University ‘‘Kyiv-Mohyla Academy’’ a presentation of the project contest, entitled ‘‘Hackathon Bridge: from Poland to Ukraine’’, was given; its projects are aimed at cooperation between Ukraine and Poland.

During the presentation Michał Boni, the initiator of the contest and a member of the European Parliament from Poland, took the floor. He spoke about the goals of the contest and its significance for Poland and Ukraine. Michal Boni: ‘‘We have decided to activate young leaders, entrepreneurs and creators to organise joint Ukrainian-Polish projects. Why is it important to use the name Hackathon Bridge? Bridges symbolise union, it is aimed at uniting, while Hackathon means that we are ready to make joint efforts to look for solutions. Thus, the idea is about uniting people from Poland and Ukraine via the Internet, giving them an opportunity to debate, get to know each other and create joint projects. The point of the contest is not only uniting the participants to generate ideas, but also carrying out this project.’’

The other participants who took the floor at the presentation were Tomek Czuwara, the head of the press office of the Open Dialog Foundation (the Polish partner of the contest); Yaroslav Yaroslavsky, the deputy chairman of the Svichado charitable foundation; Irina Gutsal, the director of the international charitable foundation ‘‘Ukrainian Philanthropic Marketplace’’; Yaroslav Kologrivov, the intellectual property director of the ‘‘Kiev Polytechnics’’ scientific park; Ukrainian partners of the contest. Detailed information on the participation in the contest was given by its coordinator, Katerina Berezovskaya.

‘‘Hackathon Bridge: from Poland to Ukraine’’ is a contest aimed at searching for offbeat solutions related to Ukrainian-Polish integration. The goal of the contest is to devise projects which focus on Ukrainian-Polish integration. Joint Ukrainian-Polish teams of young people aged under 28 have the opportunity to win a grant of up to 10.000 euros to carry out projects in the field of business, culture or social initiatives. The project is to be carried out within 3 months. The contest will last until August 31, 2014. You can apply for participation on the website of the contest  and find like-minded people for your team on the Facebook page of the contest.