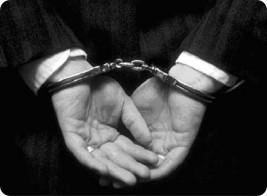 Emergency announcement: Mass repression of opposition and media in Kazakhstan for spreading information on the tragedy in Zhanaozen!

On the 23rd of January, 2012 at 8.00 a.m. local time in the city of Almaty, Vladimir Kozlov, the leader of the unregistered opposition party “Alga”, was apprehended after his return from the conference and meetings devoted to the tragedy in Zhanaozen and parliamentary election, which were held in the European Parliament and the European Commission. Searches were conducted in apartments and Mikhail Sizov, Zhanbolat Mamai, Gulzhan Lepesova and Askar Tokmurzin were apprehended. Fifteen more activists have been isolated by the National Security Committee military forces in the office of the ‘Alga!’ party.  The editor-in-chief Igor Vinyavsky was charged under Article 170 part 2 of the Criminal Code of the Republic of Kazakhstan.

As reported by the relatives and journalists of the ‘Respublika’ newspaper, workers of the National Security Committee  (NSC) have conducted apprehension of the activists and carried out searches of the office of the ‘Alga!’ opposition party, and later in the house of the party leader Vladimir Kozlov, as well as in the apartments of other activists, namely: Mikhail Sizov, Zhanbolat Mamai, Gulzhan Lepesova and Askar Tokmurzin. The phones of the apprehended  ‘Alga!’ party members  have been disabled.

The house of the oppositionist V. Kozlov cannot be approached by foot or by car: a double corridor of security officers dressed in uniforms and in civilian clothes is blocking the road. The “people in uniforms” did not present their ID documents or a search warrant, however, they required the ‘Republic’ journalists to show their documents.  The roadway to the house is shut off by 5 people in “civvies” in a white Lexus (registration number A604 UKO). When asked why they do not let anyone approach the house of the leader of the ‘Alga’ opposition party, they answered that some kind of a “special forces raid” is being carried out, a video material can be viewed using the link: YouTube.

As many as 20 (!) people altogether took part in the search of Vladimir Kozlov’s house Presumably all of them are members of the National Security Committee. They seized, primarily, office equipment, documents, all the papers. According to the relatives, the NSC workers  behaved arrogantly during the search of the politician’s house. One of them (his surname is Syzdykov) even threatened the ‘Alga’ leader.

Michael Sizov, Zhanbolat Mamai, Gulzhan Lepesova and Askar Tokmurzin are in a very similar situation. After the search was conducted, they were all apprehended and taken away by the NSC workers. The workers were looking for drugs and banned literature. In Michael Sizov’s house,  all the CDs, even those including movies, all office equipment, flash cards, books were seized. As reported by Manizat Kokpataeva, the arrested Zhanbolat Mamai’s mother, the search was conducted  under the justification that allegedly, the young politician “is acquainted with those who organized the riots in Zhanaozen”. During the apprehension and the searches, no articles or legal basis for these actions were given.

At the time of the search of the ‘Alga!’ party office, 15 activists were apprehended, their possibility to move around is restricted (they are not even allowed to close the door of the toilet, which is an evidence of humiliation of human dignity) and they are completely isolated; at the same time, their apprehension status has not been defined. The relatives and friends, the lawyers are not allowed to visit them. The only information that the ‘Alga!’ members made it to pass is that “within the framework of Ayzhangul Amirova’s criminal case investigative activities are conducted, and all the information about the investigationis classified”. This is how the NSC workers explained the search in the office at 77 “A” Dosmukhambetova Street,  (the Vinogradov-Cosmonavtov District), Almaty, 050012. All documents, computer equipment and books are seized from all the rooms. Two commanders and seven investigation officers are conducting this “special forces raid”.

According to the colleagues, apprehensions and searches are related to the active civic position  and the coverage of the Zhanaozen tragic events of December 16-18, 2011 by the ‘Khalyk Maidany – The People’s Front’ Social Movement, and the ‘Alga!’ opposition party, which has made its attempts to receive registration for the last five years. Let us remind ourselves that the first activists who were apprehended for the same reasons were Ayzhangul Amirova and Ruslan Simbinov. Talgat Saktaganov, a representative of the ‘OzenMunayGaz’ labour union, was apprehended, and is now submitted to constant pressure. Amangeldy Lukmanov, a  representative of the dismissed oil workers of the ‘Ersai Caspian Contractor’ company is also under the NSC’s pressure. During the period between 26th of September, 2011 and 5th of October, 2011, both activists took part in the OSCE annual conference in Warsaw as well as in the conference devoted to the strikes of the Mangistau oil workers’ in the European Parliament.

A famous film director, a social activist Bolat Atabaev told the ‘Republic’ journalists that on the 23rd of January, 2012 he also received an order to report to the NSC office. The text of the order is as follows: “You are obliged to report to the NSC Department of the city of Almaty, 70 Karasai Batyra Street, 70, office No. 16”. Bolat Atabaev believes that the authority “is looking for enemies and the guilty ones,” because all the apprehended activists were earlier in Zhanaozen, and that is the reason why all these actions are taking place now.

On the same day, i.e. on 23rd of January, 2012 at 6.30 p.m. local time in Almaty, at the office of the ‘Vzglyad’ newspaper,  the editor-in-chief Igor Vinyavsky was charged under Article 170 part 2 of the Criminal Code of the Republic of Kazakhstan:

“The calls for violent overthrow or change of the constitutional order or forced violation of unity of the territory of the Republic of Kazakhstan:

p.2. The same actions committed with the use of the media or an organized group – punishable by a fine from one thousand to five thousand monthly calculation indices, or with imprisonment for a term of three to seven years.”

Six representatives of the National Security Committee (NSC) raided in the office, searched it, confiscated office equipment, documents and books. Currently, the whole staff of the “Vzglyad” newspaper is detained.

In the time when the opposition politician Vladimir Kozlov was attending the meetings in the European Parliament and the European Commission, apart from the subject of the tragedy in Zhanaozen, he also raised the issue of interrogation and pressure exerted on editors and journalists of Stan.kz video portal.

All of the above events, including unjustified refusal to accredit an observer mission for the parliamentary election from the Republic of Poland, make us seriously put into question the Kazakhstan’s observance of the declared commitments undertaken towards the international community. In particular, Kazakhstan massively violates the International Covenant on Civil and Political Rights:

These facts call into question the legitimacy of the current government of Kazakhstan to continue negotiations with the European Union on a new agreement of cooperation in the coming years. Reprisals after the Zhanaozen tragedy in December 2011 transferred  Kazakhstan below the red line, thus stripping the country it of its title of “the leader of the Central Asian region in terms of democratic principles”. Fabricated arrests of opposition and independent media give Kazakhstan the dangerous characteristics of a repressive regime, which is no longer legitimate to maintain an open dialogue between the opposition and the government.

The “Open Dialog” Foundation expresses its deep regret and concern about the reprisals to the representatives of the opposition and independent media in Kazakhstan, and calls for:

It is important that the Government and the President of the Republic of Kazakhstan would immediately: