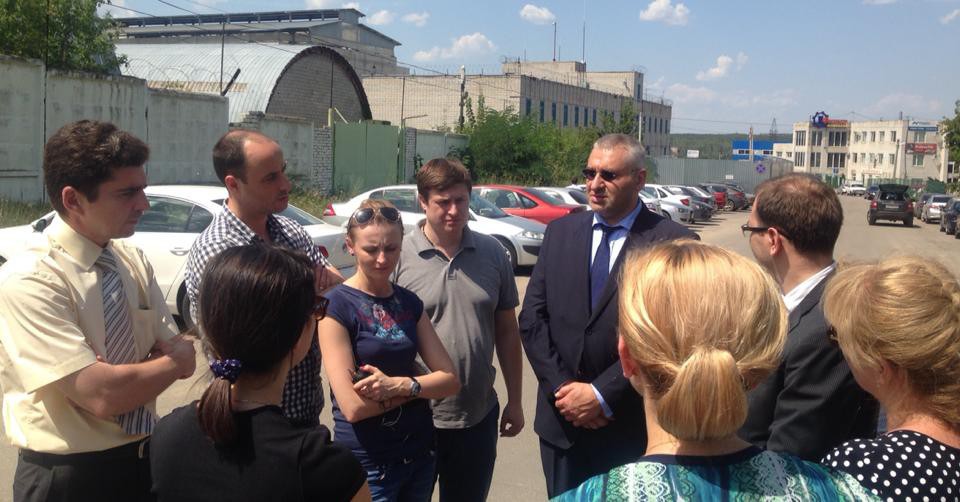 Polish and Ukrainian MPs and human rights activists were not allowed to enter the Voronezh prison, where the Ukrainian army officer, Nadiya Savchenko, is being held. Members of an international observation mission organised by the Open Dialog Foundation and the Ministry of Foreign Affairs of Ukraine wanted to meet with the abducted Savchenko and see the conditions under which she is being detained.

The mission with participation of: Ukrainian MPs – Oleg Osukhovsky, Oksana Prodan and Oleksandr Bryhynets; Polish MPs Tomasz Makowski and Malgorzata Gosiewska; and representatives from NGOs, began on July 16. On the evening of that same day, the first attempt to hinder the group’s work took place. Ukrainian MP Oleksandr Bryhynets was arrested in the Minsk airport and declared persona non grata in Belarus.

– I have not done or said anything detrimental towards Belarus, therefore Lukashenko’s move is strange to me. Arresting an MP from a neighbouring country who was traveling with a diplomatic passport and had diplomatic immunity is unbelievably nasty – stated Bryhynets, as quoted by wp.pl.

Other members of the mission have reached Voronezh. But they were not allowed to see Nadiya Savchenko. The prison administration only let the lawyer and Ukrainian consul enter.

– We were told that we did not have permission from Moscow – explains MP Malgorzata Gosiewska in her interview for the Polish Radio.

Lieutenant Nadiya Savchenko, arrested by pro-Russian terrorists in Ukraine and taken to Russia, is charged with the murder of two Russian journalists. Her case is being processed by the Investigative Committee and the Moscow prosecutor’s office. Nadiya is being held in a remand prison in Voronezh, south-west Russia. According to international law, Russia has no right to detain, charge or put Nadiya on trial. Russian authorities do not allow any visits or contact from diplomatic and consular services or attorneys. Apart from investigators and public defenders, who are linked to the Federal Security Service, no one has had the opportunity to visit Nadiya since her arrest. We do not have any information concerning her physical and mental condition at this time.