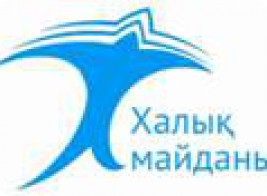 After that Vladimir Kozlov and Igor Vinyavskiy were arrested on charges of inciting social unrest and calling for the violent overthrow and change of the constitutional order by force and violation of the unity in the Republic of Kazakhstan. We view these actions as political provocations by KNB to intimidate our activists, to undermine activity of the Alga People’s Party and People’s Front and to stop supporting people who participated in peaceful social protest in Zhanaozen and who were shot by the police on December 16, 2011.

With these actions, KNB confirms a fact that Nazarbayev and his law enforcement agencies were not planning and will not conduct an objective investigation of the Mangistau tragedy. But on the other hand they try to shift a responsibility for what happened out there on strikers themselves and those who helped them effectively protect their political and human rights.

This means that our fellow party members will face a politically-motivated and legalized tyranny because the investigation is managed by those who gave the order to open gunfire on December 16-18 and it conducted by those who detained, tortured and beaten our fellow citizens, beating testimonies out of them forcibly required by the Akorda.

To save our party members from the Nazarbayev’s repression, as well as to rescue victims of the December 16-18 tragedy from police reprisal is possible by breaking out the informational blockade and make public all facts about what happened in Zhanaozen and Shetpe,and solidarity support by the Kazakhstani and international societies.

Therefore we call upon all citizens of Kazakhstan, NGOs and political force

• To support our party members.

• To disseminate information about the outbreak of police brutality and Nazarbayev’s lawlessness.

• To send us and independent media outlets information about events in Zhanaozen and Shetpe, eye-witness and documented evidences that the death toll there is higher than official one, and that the Akorda is trying to hide it to weaken and undermine the resentment of the bloody action as well as facts that prove the innocence of our fellow party members to the bloody events.

• To support victims of the Mangistau tragedy to help them break the information blockade, ease the pressure on them from the police state apparatus, to help them survive the incident and find the strength to live.

We also call upon the diplomatic offices of democratic countries:

• To inform their countries’ political leadership on transformation of Kazakhstan’s “managed democracy” into a totalitarian state.

• To protest against recurrent violation of citizens’ human and political rights by the Kazakhstani authorities.

We urge the European Parliament and European Commission:

• To form an International Commission to investigate the December 16-18, 2011 events in Zhanaozen and Shetpe, and in case of refusal by Nazarbayev to allow conduct a full and fair investigation in Kazakhstan they should initiate a case at the International Criminal Court in the Hague.

•  To adopt a resolution in support of the Mangistau tragedy victims and in defense of the democratic forces of Kazakhstan, defending the right to freedom of speech, assembly, procession and other fundamental human rights.

We also urge the OSCE and international human rights organizations:

• To express their negative position to a recent outbreak of police lawlessness in Kazakhstan.

• To dispatch their representatives to the Mangistau region after the state of emergency is lifted to study the situation there and to participate in the trials of activists of the democratic forces whom Nazarbayev and his law enforcement agencies are trying to make responsible for what happened there on December 16-18, 2011.

• To pay attention to the transformation of Kazakhstan into a police state, and Nazarbayev to a dictator of the Arab type, who stays in power only because of police brutality and widespreading the fear.

• To provide information and moral support to the democratic forces of Kazakhstan and Kazakhstani civil society in their efforts to turn the country to democracy path, rule of law, justice and harmony.

The Central Council of People’s Front