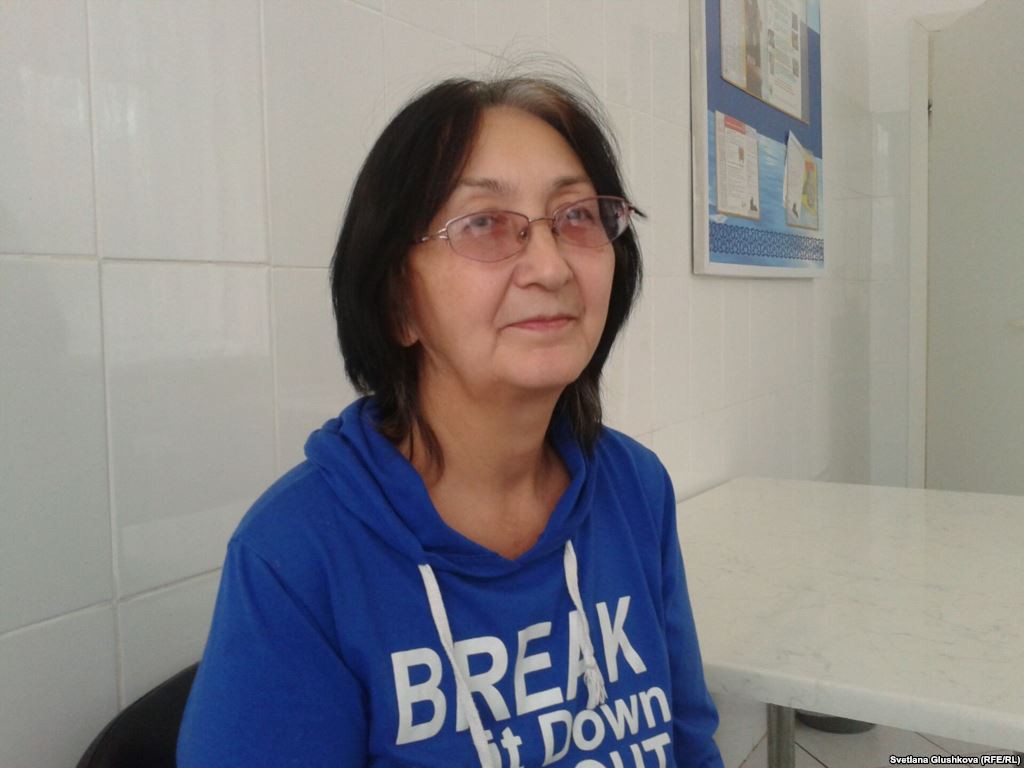 Human rights activist and lawyer from Balkhash (Karagandy Province), Zinaida Mukhortova, who was forcibly admitted to a psychiatric hospital is no longer administered suspicious injections – reports her sister, Natalya Abent.

Abent visited her sister in hospital and has reported a significant improvement in Mukhortova’s condition. She was transferred to another ward.

At the end of last week, Natalya Abent reported that Mukhortova’s condition was very bad. The human rights activist had difficulties moving around and had swelling about her body. She linked the deterioration of her condition with some suspicious unknown injections she was forcibly administered at the hospital.

On July 25, Mukhortova’s sister filed a complaint with the local prosecutor’s office, where they promised her to look into the case. – At the prosecutor’s office they told me they would call the Ministry of Health and the head of the hospital, Iskakov. The following day I learnt that Zinaida was no longer getting these injections – says Abent.

Journalists from azattyq.org tried to ascertain Zinaida Mukhortova’s condition but the hospital staff refused to comment on the matter. One of the interviewees, who refused to give his name, said that the hospital was a closed institution and that he could not disclose such information to the press over the phone.

Zinaida Mukhortova was sectioned on July 2, for yet another time. When she had returned to the city after nearly 6 months of absence, she was arrested in her cousin’s apartment and taken to the hospital.

In his statement for azattyq.org, the head of the hospital, Rysbek Iskakov said that according to the valid verdict ordering involuntary treatment, Zinaida Mukhortova, who did not come forward for treatment, should undergo forced treatment.  Mukhortova has already been sectioned in this way several times.

Involuntary psychiatric treatment of Zinaida Mukhortova is motivated by her work as an attorney and human rights activist, which has been reiterated by members of the European Parliament and European human rights organisations. After her conflict with MP Yerlan Nigmatulin in 2009, when Mukhortova accused him of attempting to pressurise a court, Kazakh authorities intended to sue her. However, ultimately they ordered her to undergo involuntary treatment. In 2013, the Supreme Court cleared Mukhortova of all charges.