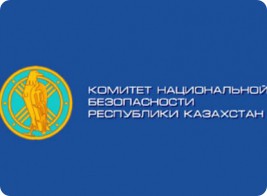 Resolution of Investigation Department of the Committee for National Security

and accepting it for proceedings

The senior investigator from the Investigation Department of the Committee for National Security in ​​Almaty, Captain Kobenbaev S, after examining the material registered in the Log of the Registration of Statements and Information relating to crimes under № 159 from 13.05.2010

April 23, 2010 in Almaty, at the intersection of Rozybakiev Street and Raiymbek Prospect, officers of the Road Police Department of the Ministry of Interior in Almaty stopped a car; Manufacturer; Mazda registration number; V528K2M driven by; Kiykbaev K.K. accompanied by; Z.N. Nurmuhambetova and G.S. Abulhatina.

During the inspection of the vehicle, two boxes of leaflets containing 3,892 copies with text in the Kazakh language were found and seized.  Its translation into Russian read: “Kyrgyzstan got rid of the family of thieves – Bakiyev.  Enough of that, carry them to the dump” alongside the final sentence was a photo of the President of the Republic of Kazakhstan.

According to the conclusion of psychological and philological expertise No. 4238 from 06.05.2010, the texts comprised in the leaflets contained signs of a calling for a violent overthrow of the government in the Republic of Kazakhstan.

It transpired from the investigation that the chief editor of the “Vzglyad” newspaper, Vinyavsky I.V., after creating an organised group, engaged in the production and distribution of said leaflets with text containing public calls for a violent seizure of power, forcible retention of power, the undermining of the security of the state or violent change of the constitutional system, forcible violation of integrity and unity of its territory, as well as for this purpose distribution of materials with such content in the population of Almaty, and namely, Nurmuhambetova Z.N., Kiikbaev K.K. and others.

Based on the investigation, the actions of Vinyavsky I.V. and other unidentified persons constitute an offence under Art. 170, Part 2. of the Criminal Code of the Republic of Kazakhstan. In accordance with Art. 191, of the Code of Criminal Proceedings, preliminary investigations into these crimes must be undertaken; in accordance with Articles 64, 177, 182, 186, 189, 191-194,

1. To commence criminal proceedings against Vinyavskyi Igor Vladimirovich, born 22.05.1976 and other unidentified persons on suspicion of crimes under Art. 170, Part 2, of the Criminal Code of the Republic of Kazakhstan.

3. Send a copy to the Prosecutor’s Office in Almaty.

Investigation Department of the Committee for National Security in ​​Almaty