According to the french press, members of the party of German Chancellor Angela Merkel proposed this week that the European Union or NATO could buy two Mistral warships which are designed for Russia. So, they adopted the idea of the United States. 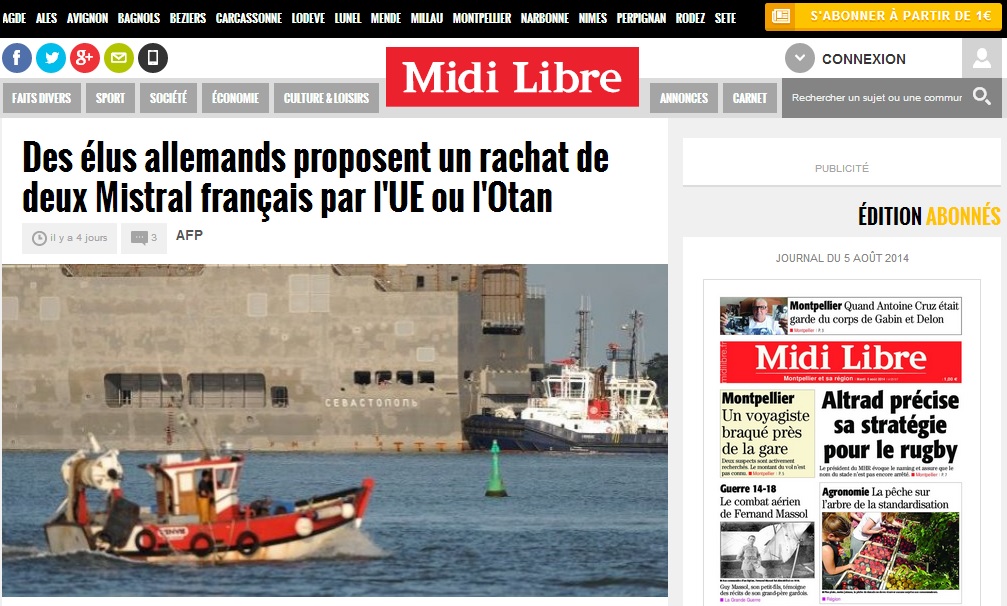 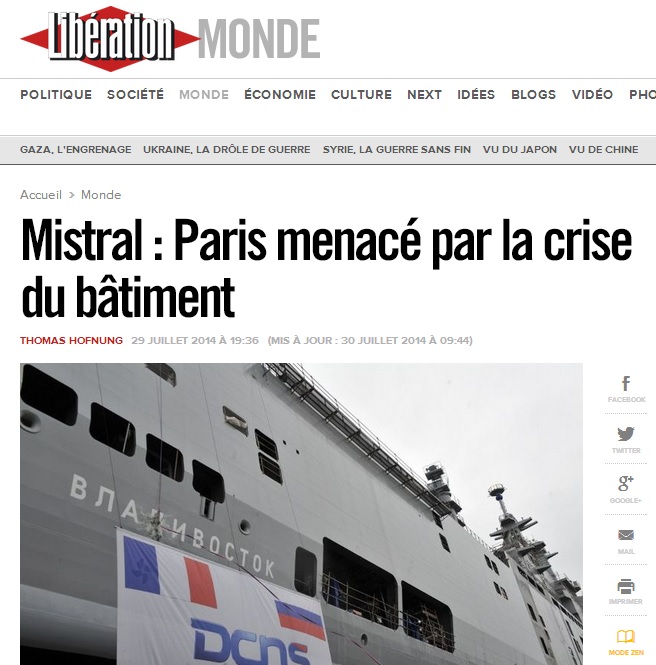 Another article reminds that the member countries of the EU agreed this week on economic sanctions against Moscow, including a ban on the sale to Russia of defense equipment. But, contrary to what Berlin wants, this prohibition does not apply to contracts already in progress, and therefore does not undermine the delivery by the French shipbuilding group “DCNS”  two warships Mistral to Russia. 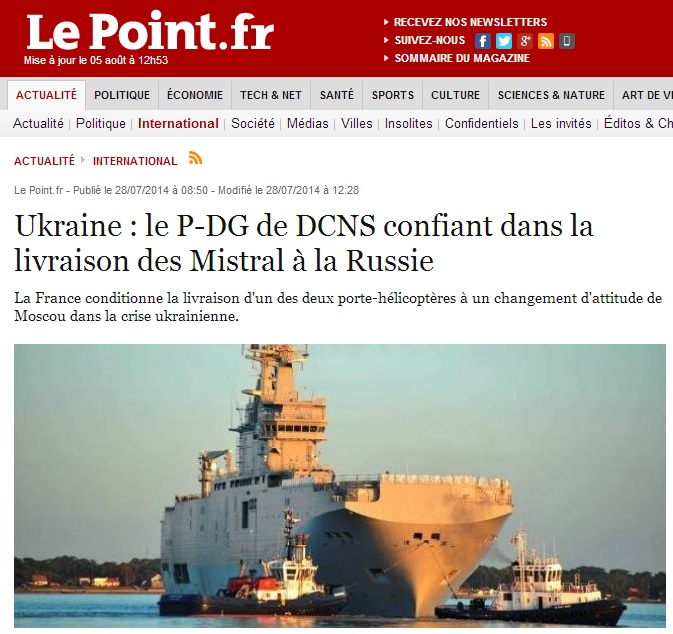 “Like any normal industrial, we already take care to satisfy our customer and execute the contract”, also assured the head of DCNS, Mr.Hervé Guillou. The company is majority owned by the French State.