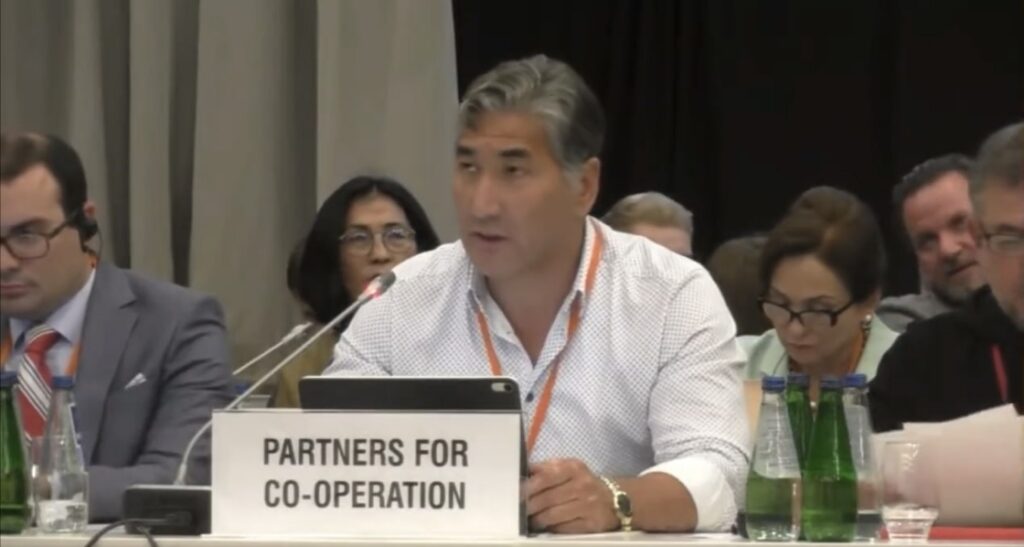 Defending right to assembly in Kazakhstan at the OSCE/ODIHR conference

ODF, as always, was present at the conference to advocate for human rights and fundamental freedoms in two of the regions we work in. Our delegation took the floor in three of the plenary sessions.

On 27 September, Mr Barlyk Mendygaziyev, President of the Freedom Kazakhstan foundation whom we invited to take part in the summit, gave his remarks during Plenary Session I: “Democratic Institutions”, which tackled, among others, the topic of “Equal participation in political and public life”.

Below is the text and recording of his intervention, in which he reported on the current, dramatic situation faced by human rights defenders and activists trying to enjoy their right to peaceful protest in Kazakhstan.

My name is Barlyk Mendygaziyev. I am a human rights philanthropist and opposition activist.

In my speech today, I would like to highlight violations of the Rights of Citizens of Kazakhstan to peaceful assembly and association, as well as the persecution of human rights defenders.⠀

Human rights defenders, such as Raigul Sadyrbaeva, Aya Sadvakasova, Bakhytzhan Toregozhina, Shalipa Bekkulova and others, who collect information on the shootings, torture and persecution of peaceful demonstrators who participated in the January events this year, are also subjected to political repression by the Kazakh authorities.

My brother Bekizhan Mendygaziev and my colleagues Baurzhan Dzhusupov, Natalia Dauletyarova are imprisoned as hostages in connection with my human rights and opposition activities.

The political reforms declared by the authorities of Kazakhstan are an attempt to deceive the democratic countries in order to avoid personal responsibility.

Therefore I call on the governments of the OSCE countries to demand that the authorities of Kazakhstan stop repressing human rights defenders, peaceful protesters and register all opposition parties in Kazakhstan.