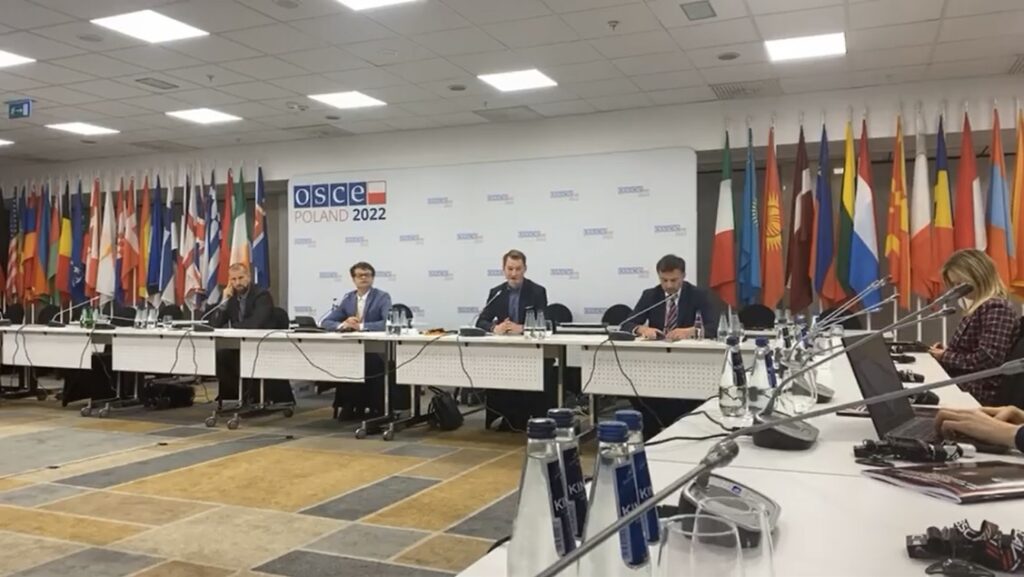 ODF organises hearing on the politicised prosecution service at OSCE

On October 5th we had the pleasure to organise a hearing in the plenary chamber under the title “Political repressions: deterioration of the rule of law in Poland continues”.

The session was chaired by Bartosz Kramek, ODF’s Chair of the Supervisory Board and moderated by Jakub Kocjan.

The discussion was opened by Bartosz Kramek, who outlined the foundation’s mission and reminded of the deteriorating state of the rule of law in Poland. He presented and emphasised the importance of the recent report prepared by the foundation on the process of politicisation of the judiciary in Poland.

Jakub Kocjan talked about the political takeover of universities and the removal of scientists for political reasons. He recalled how he had to defend himself in court as a result of the politicisation of the police, prosecutors and secret services.

Judge Dominik Czeszkiewicz described his politically-motivated disciplinary case for a verdict acquitting activists from the Committee for the Defence of Democracy (KOD), met with problems. He summarised how the careers of judges disobedient to the ruling authorities are broken.

Piotr Osiecki recounted the subsequent stages of his case. He pointed out the links between the state of the rule of law in a country and the willingness to invest, showing the disastrous effects that the ruling coalition’s campaign against business has for the country. He explained the chilling effect that the authorities impose among entrepreneurs and presented the reality of political repressions in the business sphere.