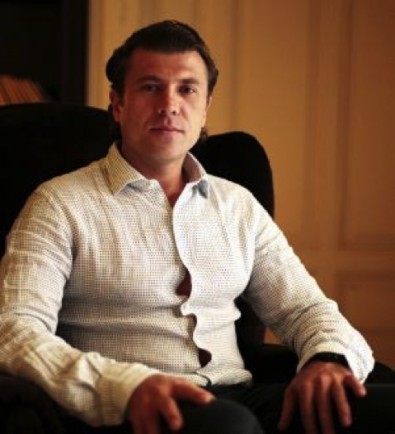 On Tuesday, July 29, the Spanish court sanctioned the release of Kazakh oppositionist, Alexandr Pavlov subject to bail conditions. For Pavlov it has been the first significantimprovement in his circumstances.Since June 1, 2013, he remained in a maximum security prison, where he could only stand by and watch court battles that were being waged in order to bring about his extradition to Kazakhstan or the granting of his asylum in Spain. Now he has been released pending trial.

This news, reported by Pavlov’s attorney, Maria Costa, is a turning point in the attitude of the judiciary system towards his case. The judges who signed his release estimated that the risk of Pavlov’s fleeing is “minimal, if not non-existent.”A week before, in a decision issued by the Audiencia Nacional court on reopening Pavlov’s asylum case before the Office for Asylum and Refugees, the judges said that earlier information that Pavlov “posed a danger”to public order

had been incredulous from the start. It was precisely that controversial assessment of the intelligence service (CNI), included in their much questioned report, that served as the basis for granting the extradition request by the court and later by the Council of Ministers. Pavlov’s release pending trial brings hope for a breakthrough in his case – previously, the Spanish government had not recognised Pavlov’s political status.

Pavlov will leave prison as soon as the amount of 30 000 euro appears in the court’s account. He will have to report weekly at the police station nearest to his place of residence. He is not allowed to leave Spain; his passport will be confiscated for the duration of the trial.

“Alexandr Pavlov was arrested in Spain on July 1, 2013, on the motion from Kazakh authorities. They are requesting his extradition on fabricated criminal charges. The real reason behind his persecution is his close ties to Mukhtar Ablyazov –political enemy number 1 of President Nursultan Nazarbayev. The regime is counting on getting Pavlov, Ablyazov’s former bodyguard, to testify against Ablyazov. To achieve this goal, they will not hesitate in employing the gravest legal and illegal means, including torture. Pavlov requested asylum in Spain as he  feared for his life, should he be sent back to Kazakhstan”–said Lyudmyla Kozlovska, the President of the Open Dialog Foundation, who has been demanding Pavlov’s release for over a year.

Although Pavlov’s release raises some hope for a favourable outcome in his asylum case, the fact that it was referred to an office in the domain of the Ministry of Internal Affairs of Spain raises concerns as to possible further political pressure. The circles that support Pavlov’s extradition have grown after Spanish-Kazakh trade agreements were signed during the visit of Prime Minister Mariano Rajoy to Astana in September and October 2013. On February 19, 2014, the Spanish government attempted an unlawful, clandestine extradition in order to thwart any possible actions of the European Court of Human Rights to stop it.

The Open Dialog Foundation was established in Poland, in 2009, on the initiative of Lyudmyla Kozlovska (who is currently the President of the Management Board). The Foundation was built on experience and contacts gained during the Orange Revolution in Ukraine in 2004, and in subsequent years within the framework of international co-operation and activities of Ukrainian student organisations and civic movements.

The statutory objectives of the Foundation include protection of human rights, democracy and rule of law in the post-Soviet area. The Foundation pursues its goals through the organisation of observation missions, including election observation and monitoring of the human rights situation in the CIS countries. Based on these activities, the Foundation creates reports and distributes them among the institutions of the EU, the OSCE and other international organisations, foreign ministries and parliaments of EU countries, analytical centres and media.

In addition to observational and analytical activities, the Foundation is actively engaged in cooperation with members of parliaments involved in foreign affairs, human rights and relationships with the CIS countries, in order to support the process of democratisation and liberalisation of internal policies in the post-Soviet area. Significant areas of the Foundation’s activities also include support programmes for political prisoners and refugees.

Particular attention of the Foundation is focused on the largest CIS countries: Russia, Ukraine and Kazakhstan.