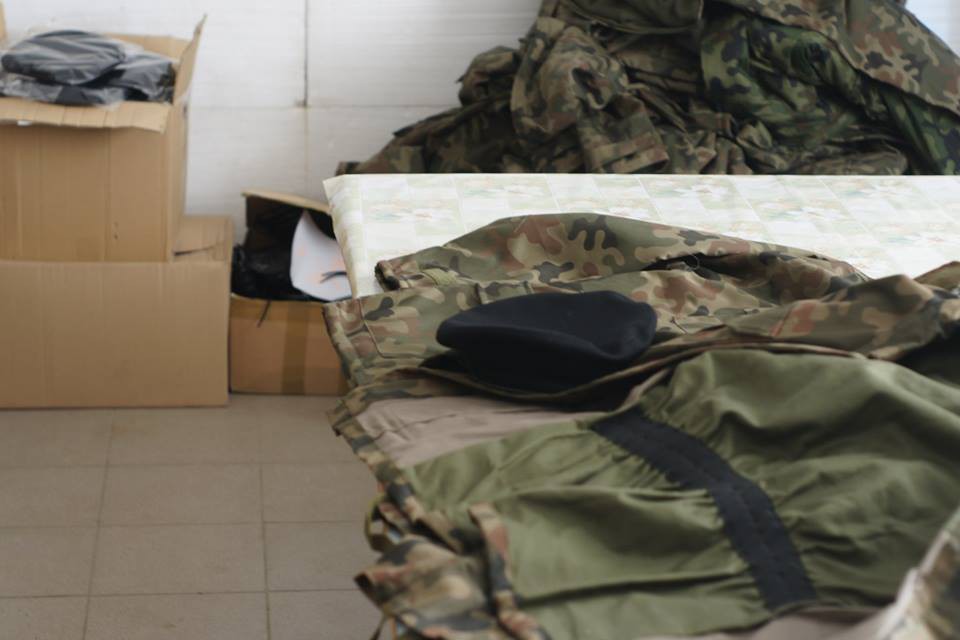 Ukrainian minister of internal affairs, Arsen Avakov, in his letter to his Polish counterpart, Bartłomiej Sienkiewicz, has appealed for an objective examination of the case of confiscation of 42, 4th grade bulletproof vests sent to Ukraine by the Open Dialog Foundation as humanitarian aid.

In his official letter, Avakov informed the Polish minister Sienkiewicz of his detailed knowledge of the case. At the same time, he appealed for an objective adjudication of the case and leniency when it comes to any potential sentence. Avakov says that the Foundation’s sole intention was to support Ukrainian soldiers fighting against international terrorism.

The Ukrainian minister of internal affairs also admitted that the level of equipment used by the Ukrainian military forces was still insufficient and help was needed. He also stressed that all bulletproof vests which crossed the border were being used for the personal protection of Ukrainian soldiers. Ultimately, Avakov expressed his hope that the case of the 42 vests would reach a positive outcome. 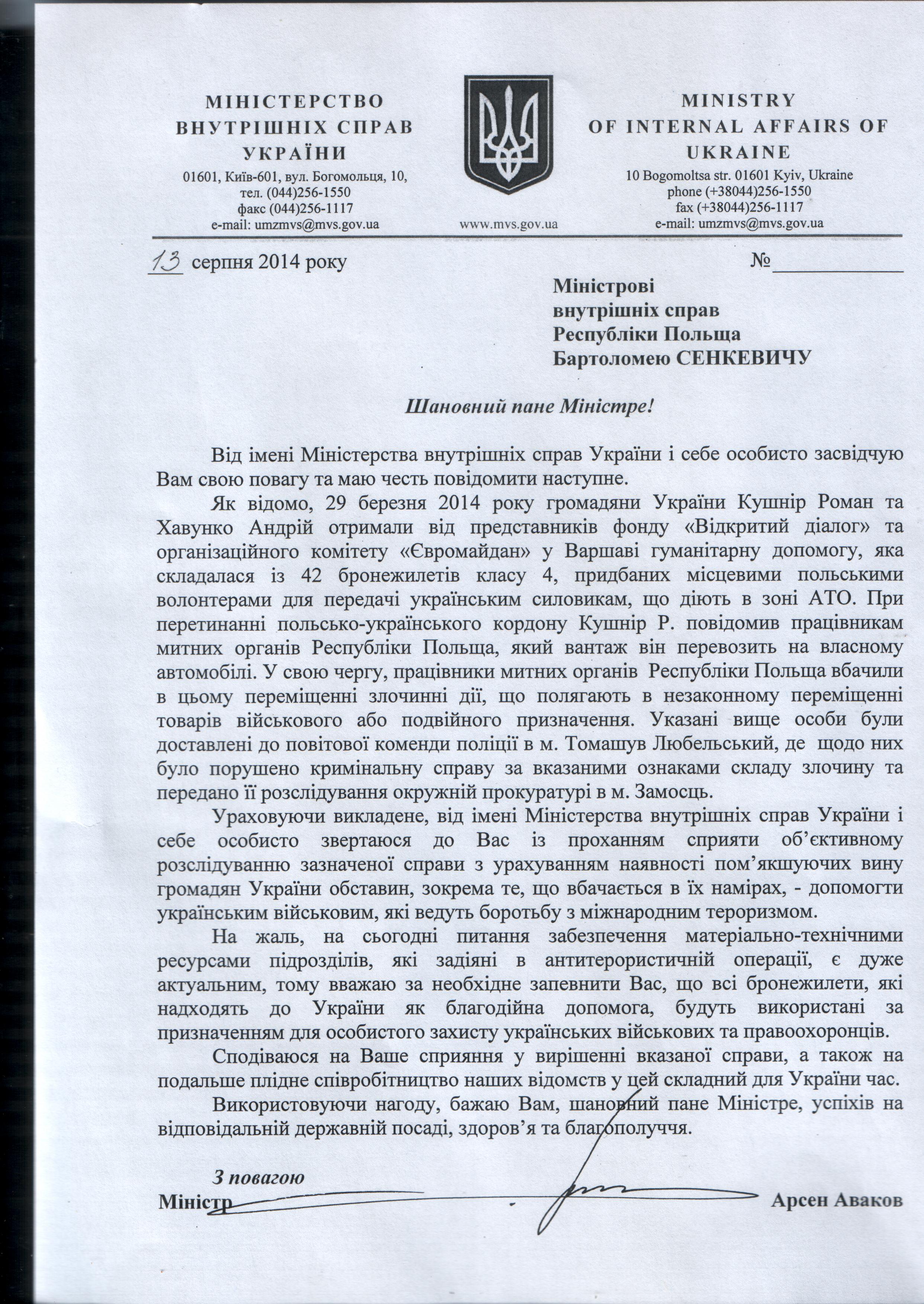 The district attorney’s office in Zamość is processing the case of bulletproof vests that were seized in March on the border in Hrebenne. The case is also being investigated by the customs office in Zamość. The vests have been sitting in storage since March, while they could have been protecting the lives of soldiers fighting in the east. On Monday (11 Aug., 2014) the district court in Tomaszów Lubelski dismissed the complaint filed by the Foundation. Consequently, the vests will remain at the disposal of the customs office as evidence and will not be released.

Under Polish law, bulletproof vests are included in the category of “offensive equipment”, which means their shipment out of the country requires a special permit. Failure to present such a permit may lead to a sentence of up to 10 years’ imprisonment. However, so far in similar cases, charges have been dismissed due to lack of real evidence of intention to cause harm.