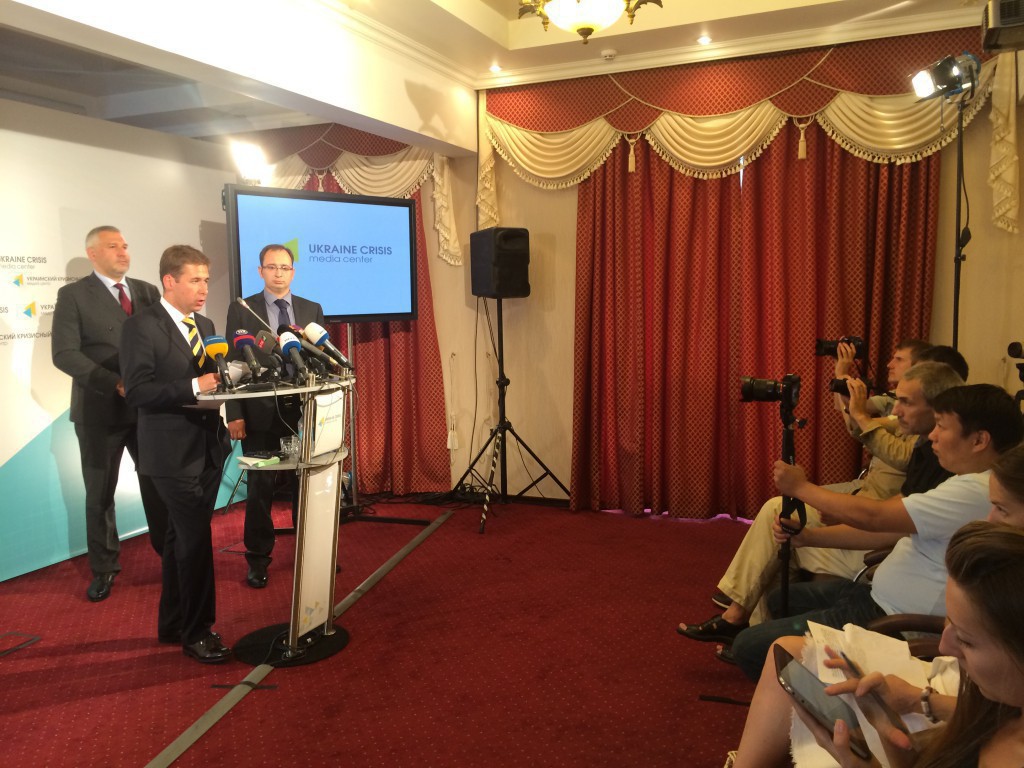 On 7 August, at the Ukrainian Crisis Media Centre, a press conference was held regarding the case of Lieutenant Nadiya Savchenko, during which a report was given on the results of an international observation mission organised by the Open Dialog Foundation and the public were informed about the progress in the matter.

The speakers included, amongst others, the lawyer for the Ukrainian pilot, Mark Feygin, previously having represented the interests of Pussy Riot, and currently representing such persons as Mustafa Dhemilov and Mukhtar Ablyazov. The conference was also attended by: Lyudmyla Kozlovska – President of the Open Dialog Foundation, Illya Novikov and Nikolay Polozov – the Russian lawyers of Nadiya, Valentyna Telychenko and Volodymyr Bogatyr – her Ukrainian lawyers, and Deputy Oleg Osukhovskiy.

During the conference, Lyudmyla Kozlovska and the lawyers supporting Nadiya, summarised the current situation of the unlawfully imprisoned woman, and presented an outline of her defence. Importantly, the defence also considers seeking justice before international tribunals. It was concluded that the case of Savchenko, conducted by the Russian Investigation Committee and Moscow’s prosecutor’s office, had been fabricated. At the same time, in the face of the Russian unlawfulness, it seems almost certain that the pilot’s defence lawyers will not be able to show that she is innocent.