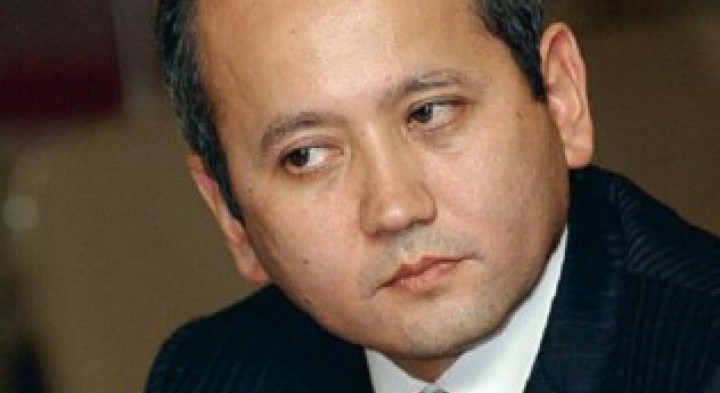 According to the Open Dialog Foundation, an internet campaign has been launched against Mukhtar Ablyazov, the Kazakh dissident who is the chief opponent of Kazakhstan’s President, Nursultan Nazarbayev. Currently, Ablyazov is being detained in Corbas Cedex, France where proceedings are pending for his extradition. Since July, on French websites, a negative campaign aimed at discrediting the oppositionist has been ongoing. The Foundation has reasons to believe that it is the Kazakh authorities who are behind the campaign.

False information about Ablyazov first started to appear at the beginning of July 2014 on rarely visited blogs and websites where the oppositionist was compared to Bernard Madoff, the US financier sentenced to 150 years in prison for setting up a financial pyramid which led to losses suffered by thousands of private investors, organisations and banks.

Initially, the information was being posted only occasionally and the quality of the written reports was poor, but since August, the campaign has accelerated. Now, when searching for “Ablyazov” in the Google search engine, false information about him is brought back by the google searchbot. A short video in the French language also appears in the search results; a video which throws bad light on the Kazakh oppositionist. The material was based on manipulated press headlines about the dissident’s arrest. A petition was also made available calling for his extradition.

Some of the false posts were also replicated on Twitter, thus affecting the Google search results for “Ablyazov“. On 12.08.2014, the Twitter page slandering the oppositionist was 5th in the search results.

According to Ablyazov’s family, these actions exceeded the limits of classical methods applied in public relations, and hence an intervention by the injured party’s lawyers was required.

The Foundation suggests caution when browsing the following websites since there is a risk of hacker attacks. Some of these portals have already been closed down after interventions by the injured party’s lawyers.

The petition created on 25.07.2014 to extradite Mukhtar Ablyazov was signed by 1014 users. For the past two weeks, the positioning of the petition in the Google search results has improved considerably, moving up from page three to page one. Immediately before it had been deleted by the administrator, the petition was displayed to French internet users as the third search result.

Also on the “Change.org” platform, a petition is available to defend Ablyazov, set up by his son, Madiyar Ablyazov on 6.09.2013. There are 2.848 signatures below it. The Foundation encourages support for this cause.

The portal has developed a profile of Mukhtar Ablyazov where the dissident is labelled a “cheater” and calls for people to sign the petition.

The blog gives the false information that Ablyazov was allegedly “imprisoned as a result of embezzling 5 billion euros”. The author relies on, amongst others, Antoine Levy (lawyer of BTA Bank), Solange Legras (prosecutor from Aix-en-Provence) and Interpol authorities. The blog also provides a link to the petition.

In one of its reports, the Foundation communicated the results of the journalists’ investigation concerning Ablyazov’s trial, published in February 2014 on Trust.ua, which demonstrated close cooperation between the prosecutor and the lawyers working for the dissident’s extradition, including A. Levy. The matter was widely commented upon by French media too. 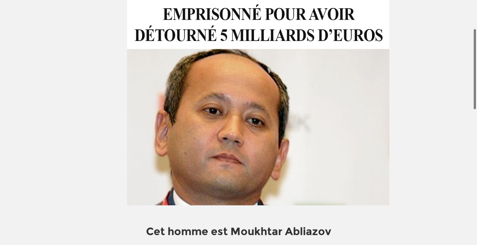 The blog “Prawda o Mukhtarze Ablyazovie” (Truth about Mukhtar Ablyazov) has published a two-minute video depicting Ablyazov as a criminal, active in the international arena. The information on the website is based on manipulated press headlines which provided information on, inter alia, the dissident’s arrest and the judgment of the court of appeals of Aix-en-Provence. The blog also provided links to petitions and other websites which replicate false information (such as, for instance, fondationdemeurehistorique.fr, lesblogsdeplon.fr)

The same video was also published on lederniermaitredelair.fr, with a link to the petition too.

One of the accounts set up on slideshare.net provides infographics portraying Ablyazov as a criminal.

The authors assert that their aim is to “communicate and disclose to the general public information and documents evidencing the offences perpetrated by bankers and cheaters”. Most of the articles are devoted to Ablyazov even though some mention B. Madoff – most likely to make the website appear authentic, and to put the Kazakh dissident on a par with the financial swindler. 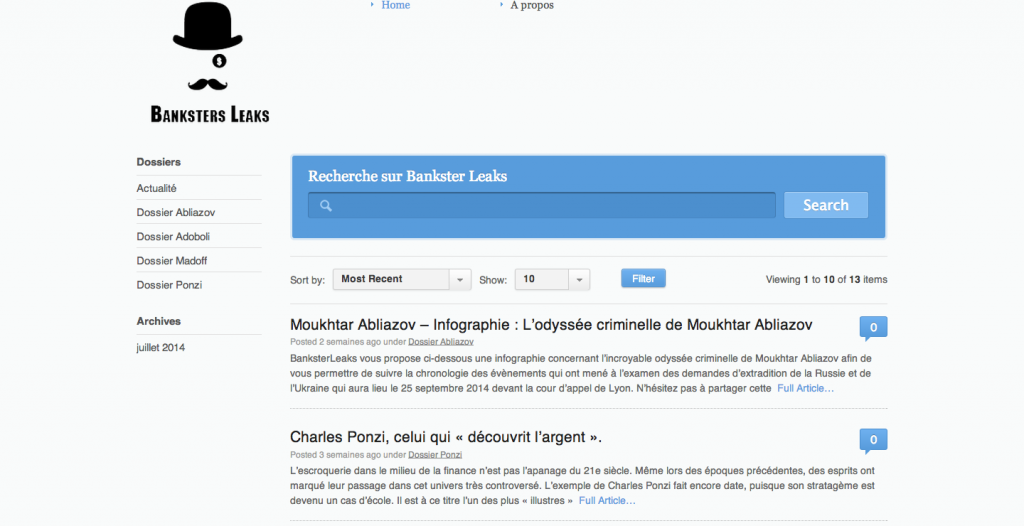 These provide false information about Ablyazov, and their authors also call for the oppositionist’s extradition. 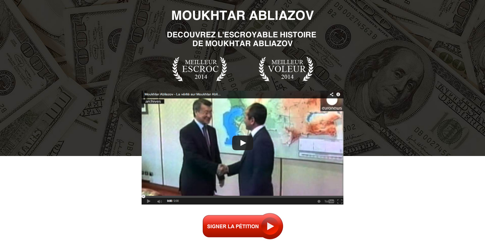 The Open Dialog Foundation considers the negative campaign against Mukhtar Ablyazov to be yet another example of evidence of persecution against the Kazakh opposition. The campaign sits well with the allegations, proclaimed by President Nursultan Nazarbayev, for opposition representatives throughout Europe. False allegations against the dissident are political in their nature and are intended to eliminate Ablyazov as a political opponent.

The Internet campaign confirms that the allegations made against the BTA Bank’s former President were fabricated. The methods employed by Astana are in contrast with the universal principles of democratic states. The Open Dialog Foundation calls upon representatives of France and investigative bodies, and upon the court and the prosecutor’s office which deal with the matter of Ablyazov’s extradition, to qualify the case of the Kazakh dissident as politically motivated, initiated upon an order from Astana, and for an investigation to be conducted into the negative campaign carried out through French Internet portals.