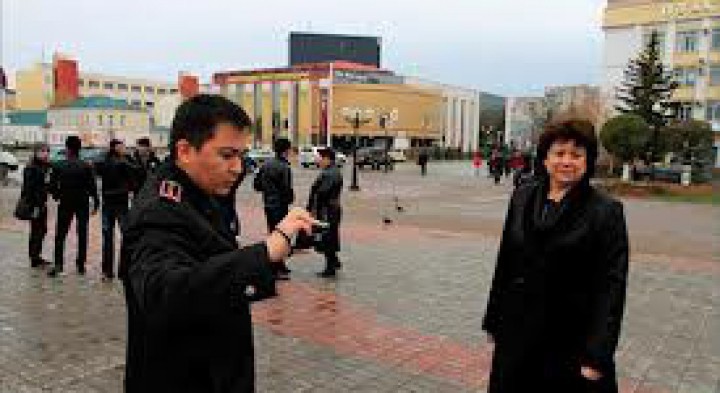 The refusal to release the workers’ rights activist Roza Tuletayeva (who defended the rights of Zhanaozen oil workers) on parole has political motivation behind it. This is what Yevgeni Zhovtis, the Chairman of the Board of Kazakhstani international bureau of human rights and observance of law, is sure of.

At the end of July the city court of Aktau denied Roza Tuletayeva release on parole. What happened in court was quite unusual even for the Kazakhstani judicial system: although the prosecutor and the administration of thepenal colony settlement – where the activist is serving her sentence – gave their consent to the prisoner’s release on parole, the court nevertheless pronounced an unfavourable judgment.

Moreover, the Kazakhstani government hinted to Isabel Santos, the Chair of the PA OSCE Committee on Democracy, Human Rights and Humanitarian Questions, during her visit to Kazakhstan, that Roza Tuletayeva would be released shortly. However, it did not happen.

Why? What could have influenced the court’s verdict?We have asked Yevgeni Zhovtis, a renowned Kazakhstani human rights activist, about it. By the way, he considers that the very procedure of release on parole in Kazakhstan is far from being ‘‘legal, reasoned, fair’’, that it is ‘‘partly disorderly, corrupt and – as in Tuletayeva’s case – political, too.’’ But let us reveal everything in order.

– Yevgeni Aleksandrovich, how do you regard the verdict of the Aktau court on the case of Roza Tuletayeva?

– Release on parole is one of the most corrupt elements of the Committee of Criminal Executive System. There used to be a system: the administration of the colony would prepare a request for release on parole which would then be approved by a special prosecutor supervising the detention centres, and then – it would go to court. After that, the convict would be brought there, and the decision would be taken, with the administration, the prosecutor and the convict himself expressing their points of view. But the final decision was, well, up to the administration of the colony, and many people used this to make money.

There was even a fixed price — about $500 US for the request to be submitted to the court. The prosecutor was always involved, one had to negotiate with him, as well as with the judge. But all these negotiations were included in this price. And every convict knew that this system worked. And I — while I was in a colony — knew perfectly well how the gears of the procedure worked.

But later, apparently with a view to making this process at least a but more transparent, the government changed the procedure of release on parole. Now the convict can appeal to court on his own, while the administration of the institution informs him in written form when the time comes for him to appeal. This time depends on what this person was sentenced for: if it was a minor offence, the time to appeal comes after he has served one third of his sentence, if it was a serious offence — then it is half of the sentence, if it was a major offence —two thirds of the sentence.

Once the time has come, there are two further possibilities: release on parole or substitution of the penalty for a lighter one. If a person does not constitute a serious danger to others, his penalty may be changed from imprisonment to imposing restrictions on his freedom of movement, meaning that he would be staying at home but under surveillance. Nevertheless, the most important thing is that now it is up to the convict himself to decide whether he will appeal to the court or not.

– What is the procedure of submitting such request?

– As a person writes a request to the court, the administration of the institution is meanwhile gathering documents, writing a reference which includes information on how he has behaved, a psychologist writes a report about how his behaviour was corrected. That is, the infomation is being collected which will allow the judge to assess whether the convict deserves to be released.

In fact, the judge’s decision is based on the information received from three sources: the administration of the institution, the convict he interrogates and the prosecutor who monitors whether the time has really come for the request.

The judge has never met the convict before, he can only rely on these sources. So usually, when the administration and the prosecutor speak in favour of release on parole, the judge has no reasons to be against it.

The key feature of release on parole is that after being released, the person continues serving his sentence, that is, he is released under a condition. And this condition is a guarantee which keeps correcting his behaviour up to the end of the sentence.

– Why then, did the system you have described fail in the case of Roza Tuletayeva?

– That’s absurd, indeed. In her case both the administration of the colony and the prosecutor spoke in favour of release on parole, and she had no previous convictions. So what is the necessity or the goal of keeping her in the colony? The only conclusion that can be drawn is that somewhere in the senior government circles a decision was taken not to release her on parole at this time, and the judge validated it as a verdict.

– Any analogies with other political prisoners in Kazakhstan?

– I was denied release on parole twice but the main ‘‘denier’’ was the administration which regularly charged me with violations or wrote references stating that I hadn’t chosen the path of correction.

For the politician Vladimir Kozlov the time is approaching when he will be allowed to be transferred into less restrictive custody, after which he will have the right to continue serving his sentence in the penal colony. But we’ll see whether it will happen in reality.

I believe Tankov’s case to be a political one, too. This lawyer from Karaganda has long been known for his quite shocking ways of participating in trials and of fighting against injustice, which one may agree or disagree with. But, as the general attitude towards justice in Kazakhstan is rather sceptical, and the attitude of those engaged in human rights activities is extremely negative, his methods are understandable to me. The penalty he got for the flyswatter was nowhere near being proportional to the offence. His actions could have been defined as disorderly conduct, which it actually was, and in this case there would have been no imprisonment. But the judge defined his actions as an attempt on his life. Why? I believe that his decision was based on the very fact that it was Tankov, not on the principle of legality and justice.

All in all, this fits into the general scheme: there is no independent unbiased justice in Kazakhstan; instead, there is political motivation behind the decisions of judges, like in the cases of Tuletayeva, Kozlov and Tankov.

– Can the refusal to release Roza Tuletayeva on parole be regarded as the system’s signal to society that a new wave of crackdowns is approaching?

– I think these are isolated strikes. Our opposition political parties and independent mass media were closed, the Zhanaozen proceedings were held. That is, in light of these events it is hard to say that the situation has become worse recently. Of course, the general situation is unfavourable but the crackdowns are coming not in a wave but little by little.

…We should recall that Roza Tuletayeva was convicted for organising mass riots in Zhanaozen which took place on December 16, 2011. No direct evidence of her guilt was presented to the court. Judging by the court hearing, one might conclude that Roza’s only guilty act was actively informing independent journalists and international organisations about the process of the oil workers’ strike in Zhanaozen. This is what she was sentenced to seven years in prison for. Later the sentence was reduced to five years; this January the conditions of Roza’s sentence were mitigated: she was transferred to a colony-settlement.