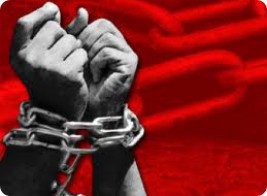 On January 26, 2011 in Astana editorial staff of Vzglyad, Respublika, Azat and Alga newspapers brought five boxes of accounting documents to the Tax Committee of the Ministry of Finance of Kazakhstan. The journalists protest against nearly 150 mn tenges of taxes, penalties and fines and consider the actions of tax authorities unprofessional and politically motivated.

The newspapers have never actually had any source of revenues which could be charged with such amount of taxes. The journalists initiated their own investigation – where those figures were taken from and interesting facts came out.

Where were the figures taken from?

As it is known, publishing newspapers costs pretty much. The whole staff works on every edition and each member of the staff receives salary and pays taxes. Newspaper offices use telephone and Internet, receive newslines and rent premises. The journalists go on business trips using company’s cars. So, the costs consume the overwhelming part of the newspaper’s budgеt. Naturally, newspapers make profits selling new editions and placing advertisements. Still, the revenue is normally not high and is barely enough to cover all the costs.

What did the tax inspectors do? They calculated the profits omitting the costs!

So, the inspection shows that:

А. the newspapers did not print new circulations (even the invoices received by Vryemya-print and Biznes-inform printing offices were not taken into account).

B. the staff has not been paid for 4 years (salaries were not taken into account).

C. the office premises were not rented (rental costs were not considered).

D. the newspapers did not use Internet, telephone, neither did they use fuel (connection or fuel costs were ignored).

E. they did not pay for newslines (which means the inspectors did not take into consideration that KazTAG and Interfax-Kazakhstan information agencies received payments from the mentioned newspapers).

….and many other costs were not calculated.

We describe the real situation below based on the figures taken from the accounting documents, receipts, bank statements and these facts can BE EASILY VERIFIED. As an example we propose to examine the situation with Vzglyad and Respublika – Dyelovoye Obozryeniye newspapers.

1. What was omitted by the tax inspectors in Vzglyad case?:

(It is curious that the inspector calculated the taxes paid on salaries, yet the salaries themselves were omitted).

2. What was omitted by the tax inspectors in Respublika – Dyelovoye Obozryeniye case:

(It is curious that the inspector calculated the taxes paid on salaries, yet the salaries themselves were omitted).

No ACTIVITY? YOU’LL BE ADDED SOMETHING!!!

But the most interesting case happened with Shezhire Ltd. The company is an owner of Golos Respubliki newspaper. Since the company was founded (in May 23, 2006) it has not been running any activities EVER and during all those years it has submitted tax declarations with no activity to tax authorities, as it passed the rights to publish and sell the newspapers to other company called ADP Ltd, where the editorial staff works.

You can believe it or not, but the tax inspector made the company with no activity a millionaire!

According to the tax inspector, the company which did not work even for a day was able to earn 19 million 451 thousand 400 tenges.

The tax inspector included the following to this amount (!):

– revenue for the whole accountable period of Golos Respubliki newspapers as if sold by Shezhire Ltd. (please, keep in mind that they are sold by ADP Ltd.);

So, even though Golos Respubliki is published and sold by other company, Shezhire Ltd. was also said to receive those revenues. Some sort of double taxation, we can say.