Radio Zet invited the citizens of Warsaw to celebrate Ukrainian Independence Day. On this occasion, the capital will host concerts and parades. The highlight of the Warsaw celebrations is the parade of traditional Ukrainian embroidered shirts, organised by the Open Dialog Foundation. The patronage of the event is held by the Ukrainian embassy in Poland.

On the day before, on August 23rd during Ukrainian Flag Day, one of the attractions will be a bicycle ride, during which the participants will ride along the streets of Warsaw with blue and yellow flags, as well as a picnic organised by the Foundation.

During the event, the volunteers of ODF will organise a fundraiser for the kuloodporni.org action, which is the Foundation’s way of supporting the Ukrainian military and members of the National Guard.

During the weekend, one of the attractions will also be an exhibition in connection with Ukrainian Independence Day and Ukrainian Flag Day. The exhibition will be hosted at “Ukrainian World” situated at 63 Nowy Świat, Warsaw.. 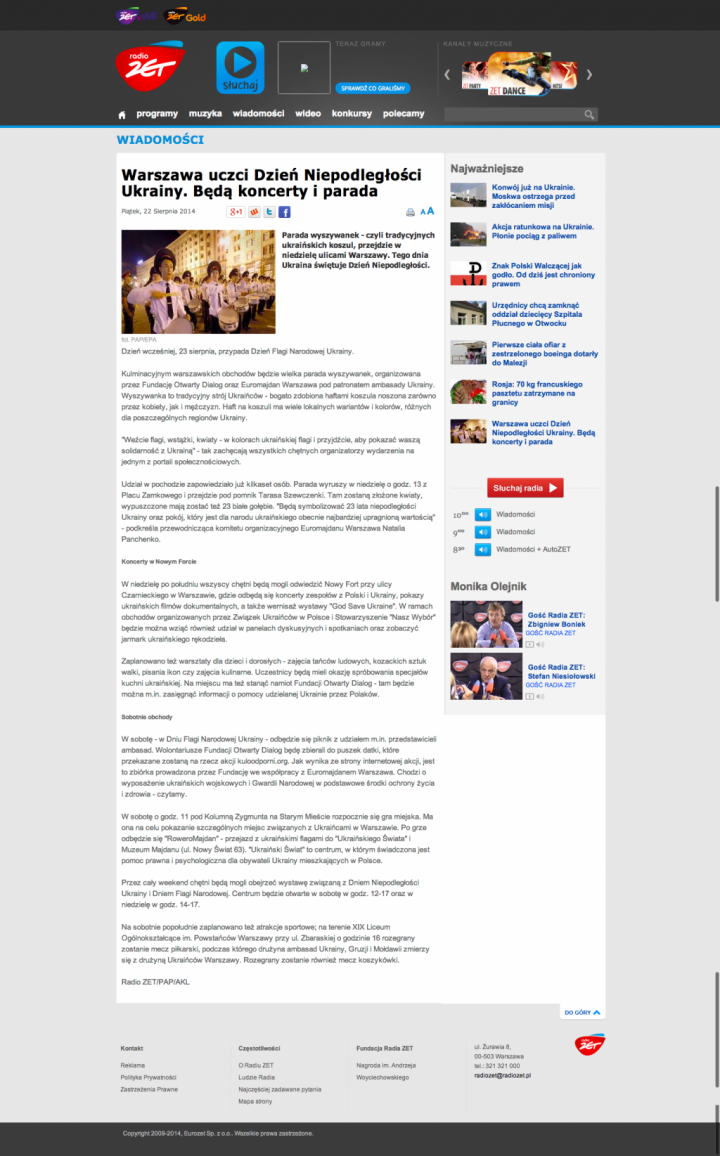