Search
The Open Dialogue FoundationMedia about usPR 1: Can the talks bring the Ukrainian conflict to an end?

Can talks change anything at all? Can the EU help Ukraine, and how? These and other questions answered by Tomasz Czuwara, spokesman to the Foundation, on Polish radio channel one.

Talks in the “European Magazine” of Polish radio channel one revolved, amongst others things, around the cycle of meetings between Ukraine, Russia, France and Germany as well as the chances of ending the conflict through negotiations. As the spokesman of the Foundation noted, the first meeting of the four was held in early July, when the ceasefire was agreed upon – one which was soon to be broken. “The interests of Russia are aimed at increasing her influence, conducting imperialist policy and consuming Ukraine” – Czuwara stated. – “Russia is pursuing the ‘divide and rule’ scenario” – which was his expression of doubt over the effectiveness of the negotiations.

Czuwara also called for optimum widespread support and assistance to be provided for Ukraine – also in its military form. In his opinion, the European Union ought to become a partner of Ukraine. “I think, and so does the Open Dialog Foundation, the only chance to influence Russia is solidarity: within the European Union, within NATO and one single, joint position”. 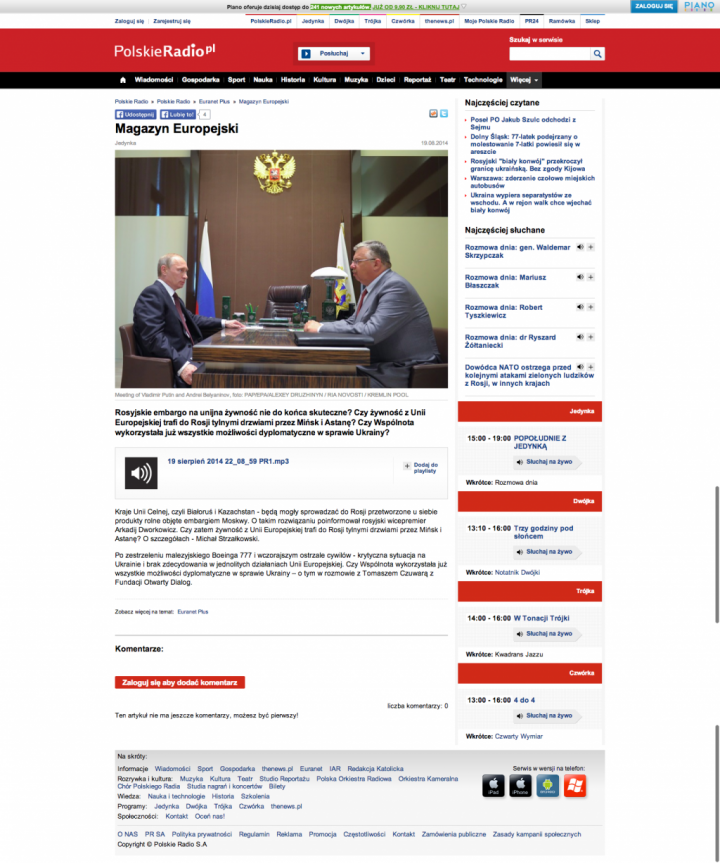 Listen to the interview