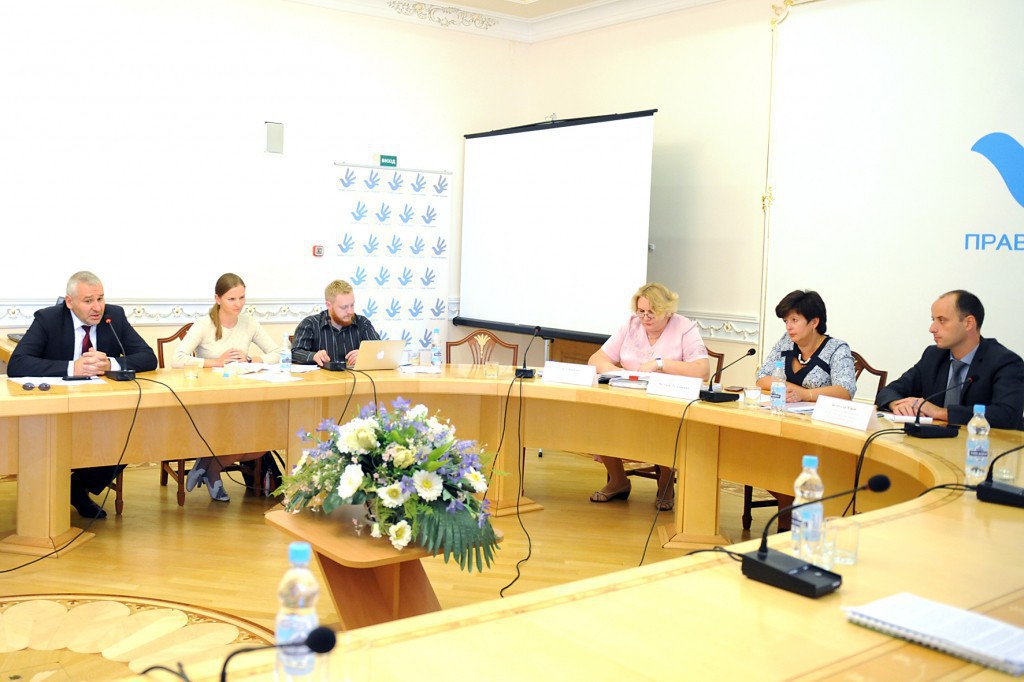 The Ombudsman of Ukraine took part in a meeting with representatives of civil society and advocates of N. Savchenko

The meeting was focused on mechanisms of interaction between NGOs and authorities in Rozvazhayeva, Savchenko and Ablyazov cases.

Mark Feygin spoke about the case of Leonid Rozvazhayeva, kidnapped in the midst of Kyiv in 2012, and emphasised the parallels in the cases of Rozvazhayev and Savchenko.

Nikolai Polozov briefed the participants about the unquestionable alibi of Savchenko, and the illegal decision of the Russian court on the psychiatric commission of Nadya Savchenko, and called on the Ombudsman and representatives of civil society and the Foundation to continue to exert maximum international political pressure on Russia and its officials involved in trials of Hope.

Valeriya Lutkovska stressed that the institution of the Ombudsman is out of the realm of politics, and due to that, she may act as a platform for interaction between civil society and the state. Valeria expressed her readiness to assist in the communication in cases of Rozvazhayeva, Savchenko and Ablyazov and in particular, regarding the undue influence imposed by Kazakhstan on investigating authorities of Ukraine and the violation of the law.

This working group marked the beginning of a new era of cooperation between human rights defenders, civil society and governments in the protection of persons persecuted for their political activity or who were kidnapped from Ukraine.

The Open Dialog Foundation is an international human rights organisation. One of the Foundation’s activities is to fight politically motivated harassment, kidnapping and extradition on the territory of former Soviet Union. Currently, the Foundation actively protects the interests of political refugees, involving politicians of the European Parliament, the European Commission, the UN, PACE, OSCE Parliamentary Assembly and national parliaments of European countries.

The Open Dialog Foundation covers the costs associated with participation of Mark Feygin, Nikolai Polozova and Ilya Novikov attorneys in defending Nadiya Savchenko and is committed to providing maximum media coverage of the political trial of the kidnapped pilot and to inform the international community in order to create political pressure on Russia so as to force them to release Savchenko as soon as possible.