The Polish Press Agency publishes a telegraph on the support shown by the Open Dialog Foundation to Crimean refugees.

“The refugees are predominantly of Tartar origin. In their majority they are families of two or more children, and as such, are in need of special care and treatment. The other group is families of the military, who are probably entitled to receive certain state aid, which does not, however, arrive as of the time being” – Tomasz Czuwara, press spokesman for the Open Dialog Foundation, says as cited in the telegraph. 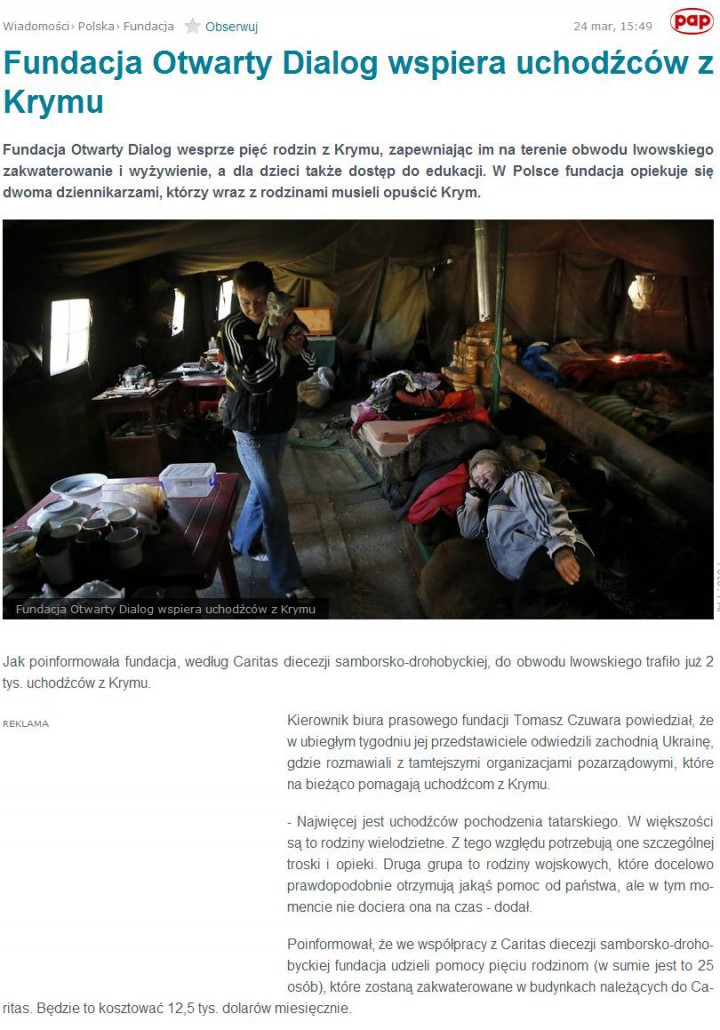 The telegraph was published, among others, on the portal onet.pl