In their article of August 12th, Dziennik Polski informs of the confiscation of bulletproof vests purchased by the Open Dialog Foundation. As the author rightly notes, the vests are useless when lying idle in storage, whilst people are dying in Ukraine.

“They [the vests] were to be handed over to the Ukrainian military forces fighting the Russia-backed separatists. So far no good has come of them, as the Customs Service has seized them as evidence in a criminal case against the Ukrainians who attempted to ship them east” 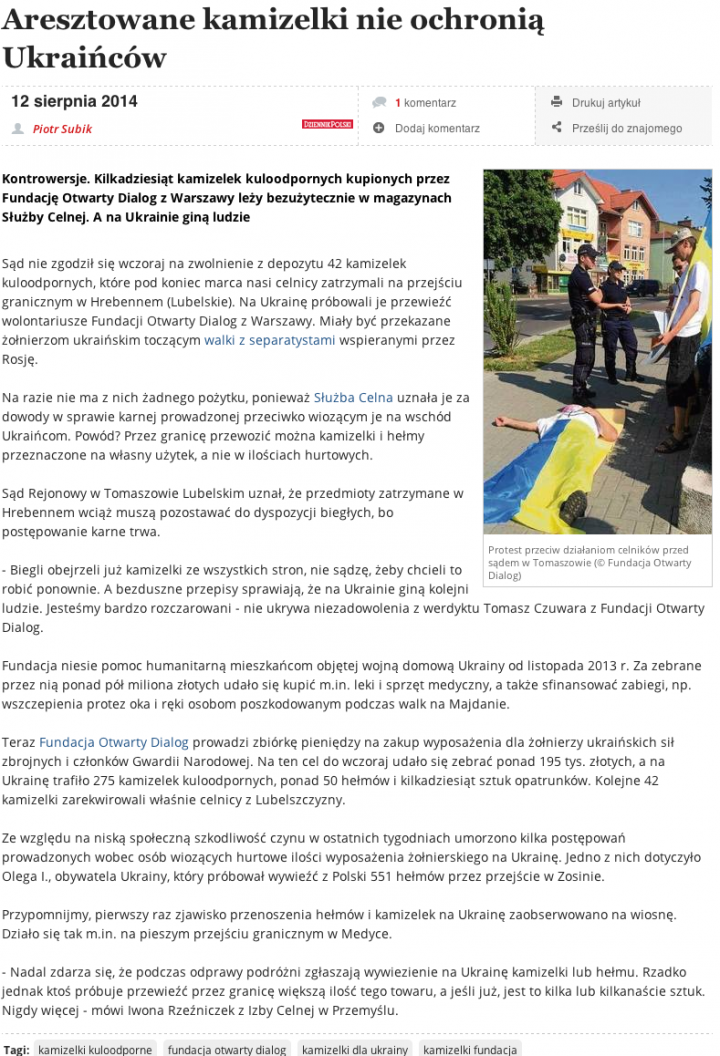