As reported by interia.pl, on April 16th in Slavyansk Serhiy Lefter, Ukrainian journalist and observer of the Open Dialog Foundation, was kidnapped.

The interview for the portal features, among others, the ODF correspondent Agnieszka Góralska who cooperated with Lefter. As Góralska states, the journalist was captured by the pro-Russian separatists, and his whereabouts are currently unknown – “We know that he’s alive, that he’s safe and sound, but have no contact with him whatsoever”.

Lefter was stationed in Slavyansk as a correspondent for the Open Dialog Foundation; his last contact with the Kyiv ODF office was on April 15th. 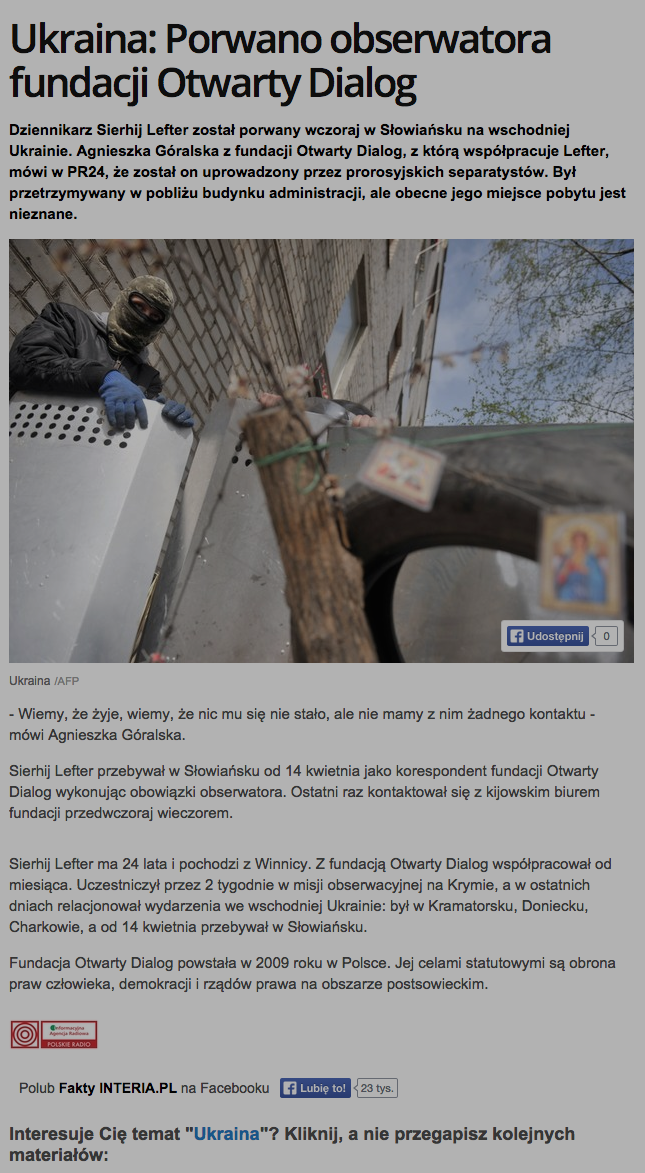