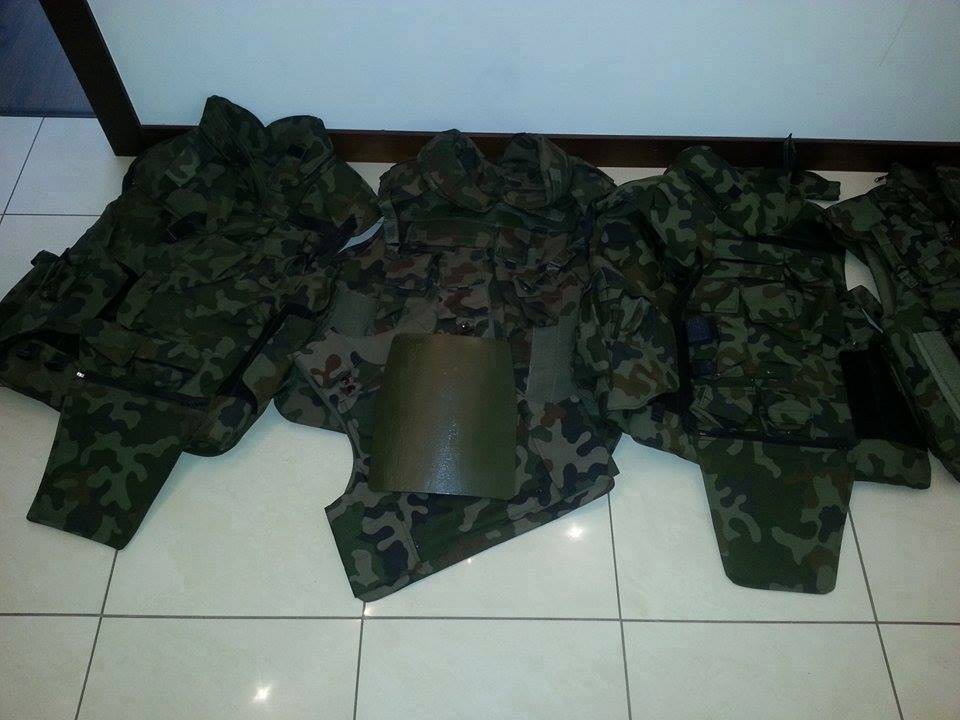 We were informed on Tuesday, 2nd September, that by decision of the Regional Prosecutor’s Office in Zamość, another procedure was discontinued concerning the transport of bullet-proof vests to Ukraine by a volunteer of the Open Dialog Foundation. To date, the Prosecutor’s Office has already returned 116 helmets, yet 42 bullet-proof vests are still being kept in the storage facilities of the Customs Office in Zamość. The protective equipment remains in storage instead of saving the lives of Ukrainian soldiers and national guards.

The investigation concerned 42 bullet-proof vests, seized on 29th March this year on the border crossing at Hrebenne. The car’s driver – an Open Dialog Foundation volunteer – had no permit to export them which is in breach of the provisions of the Act of 29.11.2000 on Foreign Trade in Goods, Technologies and Services of Strategic Importance. The matter was discontinued because the attempted carriage was not deemed to be an offence due to it being insignificantly damaging to society. Regrettably, it took 5 months of interrogations, searches, expert opinions under the supervision of various prosecutor’s offices for which operations had been performed by, inter alia, the Central Investigation Office (CBS).

We currently see and appreciate the good will for cooperation on the part of the Polish Prosecutor’s Office. Unfortunately, the same cannot be said about the Customs Office which is conducting a procedure in the same matter and which, for unknown reasons, is demonstrating considerable tardiness both in acting and taking decisions. Unlike the Prosecutor’s Office in Zamość, the Customs Office there is still conducting its procedure concerning the smuggling of vests across the border.

Hence, the subject of the procedure – 42 bullet-proof vests – are still in the storage facilities of the Customs Office in Zamość, despite the efforts of the Open Dialog Foundation to have them returned. On 11th August, the Court in Tomaszów Lubelski dismissed a complaint from the attorney for the Open Dialog Foundation against qualifying these vests as evidence in customs proceedings.

‘Unfortunately for us, and in this particular case for Ukraine, referring to the well-known words of Minister Sienkiewicz, the Polish state is not operating as a whole because its particular structures are autonomous. Poland is a leading advocate of support for Ukraine in the international arena and, at the same time, there are problems occurring regularly with the supply of humanitarian aid from our country by non-governmental organisations and individuals which includes helmets and vests, currently being amongst the most needed items. A number of authorities are involved in the procedures and each of them is hiding behind regulations and wants to demonstrate due diligence before taking a decision. The regulations are not clear and, moreover, the operation of the investigation and customs authorities was affected by the holiday season. The situation is exceptional and should be considered a crisis – people are perishing there day in day out.

Also, the Polish state is responding torpidly to official requests from the Ukrainian government to provide material support in the conflict with Russia. Civil society is struggling to fill this gap but it does not have the means and resources and is encountering bureaucratic problems. May Ukrainians do not understand that and are beginning to wonder about the actual intentions and objectives of Poles.’ he adds.

The Open Dialog Foundation has been organising humanitarian aid for Ukraine since the beginning of the EuroMaidan in November 2013. This is made possible owing to funds raised amongst Poles and the Ukrainian diaspora through official collections. So far, the Foundation has gathered more than PLN 650,000 and purchased more than 300 bullet-proof vests. The funds are also used to finance programmes of assistance for refugees and people resettling from the areas under military operations. Medical and psychiatric help is also provided.

The Foundation is applying for a permit from the Ministry of Internal Affairs and the Minister of the Economy for the supply of helmets and bullet-proof vests to Ukraine. Despite numerous communications, to date there has been no amendments aimed at liberalising these regulations and simplifying the procedures for obtaining such permits.