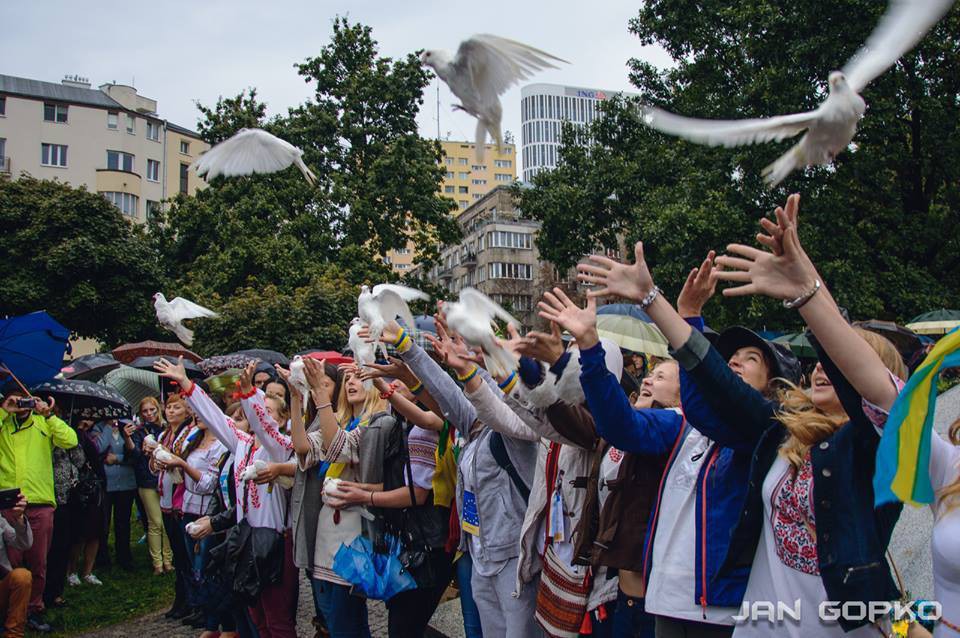 On 23rd and 24th August, Ukraine celebrated its National Flag Day and Independence Day. On that occasion, celebrations were held in Warsaw too. Upon the initiative of, amongst others, the Open Dialog Foundation, sports events, picnics and a parade were organised.

On Saturday morning, supporters of Ukraine rode along the streets of Warsaw as part of a bicycle game. Later, a football match was played between the teams of the Embassies of Ukraine, Georgia and Moldova and a team made up of Ukrainians living in Poland’s capital. A basketball match and a joint picnic also took place.

On Sunday, despite the rain, a Great Embroidery Parade took place. The participants walked from Plac Zamkowy as far as the Taras Shevchenko statue where flowers were laid. Also, 23 white pigeons were released in order to symbolise the 23 years of independence of Ukraine. On that same day, at the New Fort which is part of the Warsaw Citadel fortifications, bands from Poland and Ukraine played. Documentary films were shown and a fair with Ukrainian crafts and the “God Save Ukraine” exhibition was officially opened. In the New Fort, there was, amongst others, the Foundation’s tent where we raised funds to support the Ukrainian military and provided information on what we had managed to do for Ukraine.