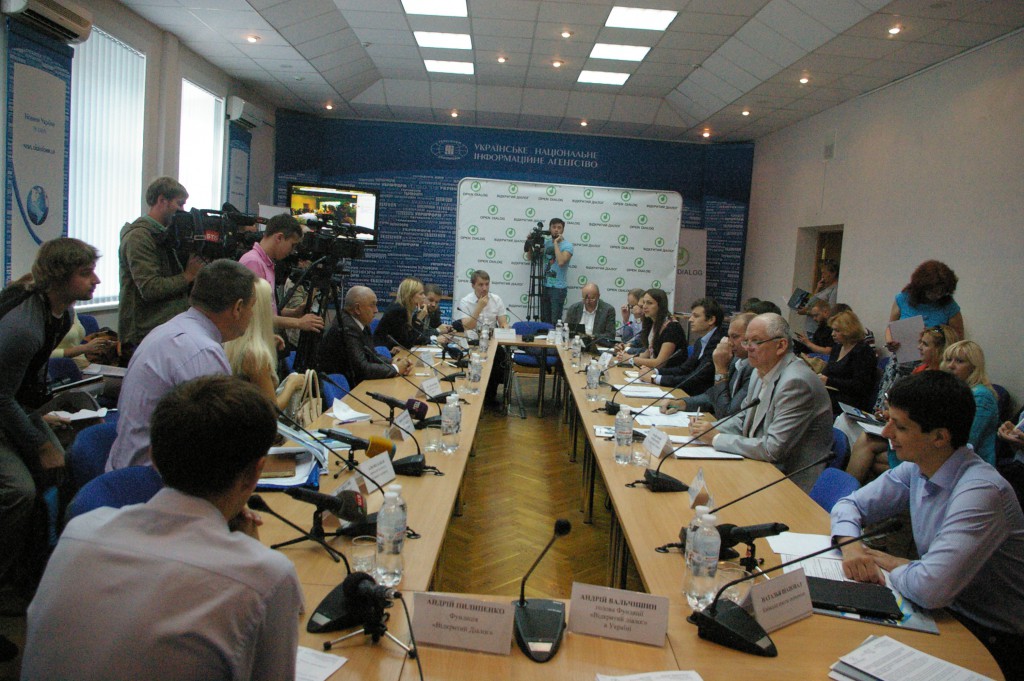 Decentralisation in Ukraine, instruments to support the process and development of local governments in the regions were the main themes of the conference on “Decentralisation: preliminary results of reforms.” held at the Ukrinform national press centre in Kiev on 3rd September.

The event, organised by the Open Dialog Foundation and the Revival Reform Package association, was attended by leading experts from Poland and Ukraine and also experts from Odessa, Kharkiv, Vinnytsia and Cherkassy by virtue of a video connection.

The progress in the work on the reform was summarised by Marcin Święcicki, deputy of the Polish Seym and chair of the Polish-Ukrainian working group for decentralisation. Święcicki emphasised, amongst others, the need to increase the transparency of the financing rules, improve the quality of data collection and transfer and run information campaigns further during the course of the work.

Timothy Mìlovanov, a US economist of Ukrainian origin, pointed to the need for administrative reforms in Ukraine, whilst sharing his own experience with the others. In turn, Aleksandra Gajewska, a councillor in the capital city of Warsaw, talked about the Polish local government practices and emphasised the Importance of the role of a leader in implementing reforms.

The other speakers were Aleksander Solontaj of the Public Education Institute and Anna Hopko representing the Revival Reform Package association. Solontaj criticised the centralised system of power which had been headed by Yanukovych, pointing, at the same time, to potential benefits from the introduction of the reforms. Hopko also spoke in favour of decentralisation, mentioning the need to enhance the competences of the regions and the responsibility of local development. She noted, at the same time, that the trust in the government had expired and society was expecting action – Ukraine knows about the experiences of other countries, has experts in place but the only thing lacking is political will  – Hopko said.

Kacper Pietrusiński, the Mayor of the Warsaw district of Rembertów, did not agree with the assertion that the reforms in Ukraine had now been going on for 23 years. ‘It was evolution as opposed to actual deep changes’ Pietrusiński said. As he noted, in Poland, the shape of the reforms had been discussed for a long time, but their implementation had been very efficient – so much so that local government reform proved to be the greatest success of Poland’s transformation.

Paul Kuhta of the Open Dialog Foundation emphasised the grass-roots nature of the changes in Ukraine, and noted also that the changes were not fundamental but were gradually changing the system.