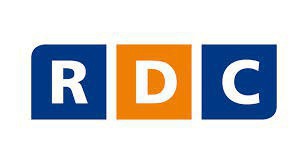 RDC: What has happened to Nadiya Savchenko?

Maidan; the end of Maidan; presidential elections; overt aggression of Russia against Ukraine. These were the dividing points in Ukraine’s most recent history covered by Kramek. He also described the areas of reform in Ukraine in which the Foundation supports the Ukrainian authorities – mainly decentralisation and the struggle against corruption and lustration. As early as November, the Foundation started helping the protesters – a Foundation tent was erected in Kiev which, next to the tent of the Polish community in Ukraine, it was the only Polish tent on the Maidan. Currently, the Foundation has its office on Bankowa Street – the same street on which, as they say, a base was set up for the titushkas, a criminal demi-monde, local hooligan group, who supported the Berkhut.

During the interview, the Chair of the Foundation’s Council also talked about the situation of Nadyia Savchenko, the pilot who had served, amongst others, in Iraq, and after the outbreak of the war in the east, volunteered to join the Aidar battalion fighting in the ATO zone. Savchenko, Kramek claims, was captured, ‘depending according to differing versions, she was either taken captive or abducted by pro-Russian terrorists’ he says. Russians assert, however, that the pilot had crossed the border of her own accord to seek asylum there. Currently, Savchenko is in prison in Voronez, accused of killing two Russian journalists in Ukraine. ‘This is unlawful because Russia cannot, after all, prosecute people for murders committed on the territory of a neighbouring state even if the victims were actually Russians’ Kramek emphasised. Soon, the Ukrainian pilot is to be subjected to compulsory psychiatric observation which could mean that she will be administered some hazardous medicines.