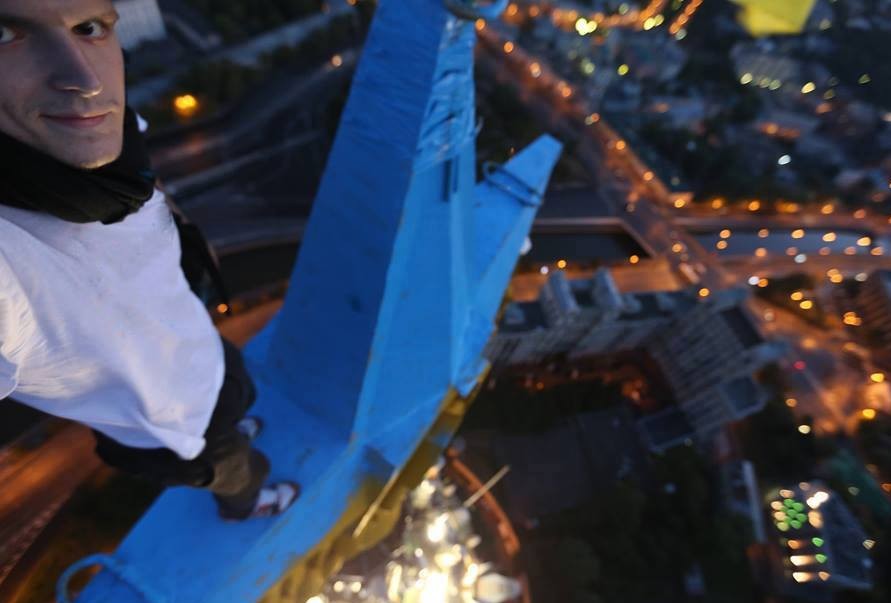 Russia continues to abuse the mechanisms of international criminal prosecution

Russia has put Pavel Ushevets, a Ukrainian ‘rooftopper’, on the international wanted list. Pavel became subject to criminal prosecution after having conducted a pro-Ukrainian performance in Moscow. There is a danger that Russia, in an attempt to get hold of the Ukrainian, will put him on Interpol’s wanted list as well. This is not the first case of Russia abusing the mechanisms of international criminal prosecution for the purpose of getting hold of the regime’s political opponents. The Open Dialog Foundation believes that the international community must put an end to such abuses which discredit the system of international legal cooperation. One of the solutions could be to suspend Russia’s membership of the International Criminal Police Organisation (INTERPOL). 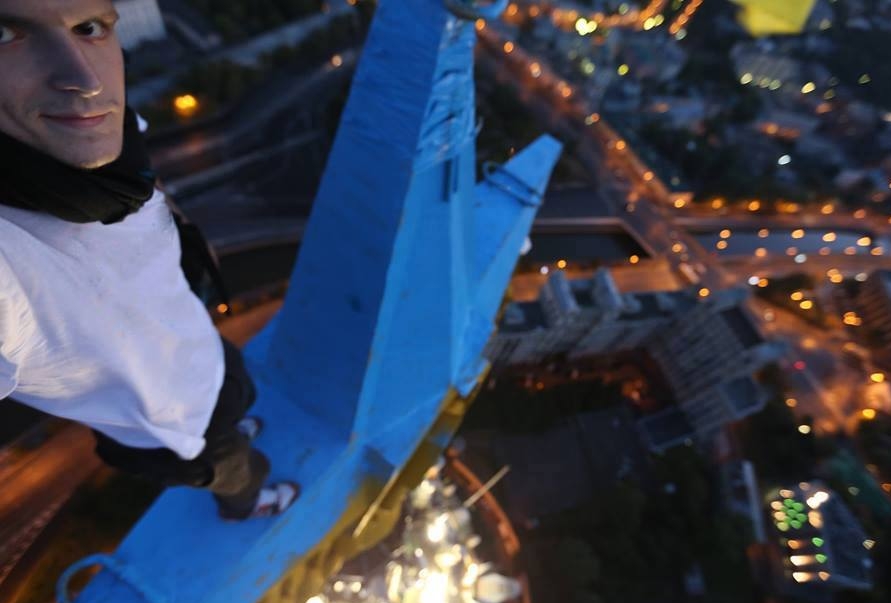 On 20.08.2014, a few days before the celebration of Ukraine’s Independence Day, a Ukrainian ‘rooftopper’ named Pavel Ushevets (aka Grigoriy Mustang) carried out a pro-Ukrainian patriotic act in Moscow. He climbed onto the roof of one of the city’s high-rise buildings, fixed a Ukrainian flag on the spire and painted the star crowning the house blue and yellow. He managed to do all this whilst remaining incognito.

On the same day, Russian law-enforcement officers detained four persons in connection with the incident: Aleksey Shirokozhukhov, Aleksande Pogrebov, Evgenia Korotkova and Anna Lepyoshkina. At first a criminal case was opened against them under Article 214 of the Criminal Code of Russian Federation (Vandalism) but later the case was reclassified as “disorderly conduct”, Article 213. Meanwhile Russian state-run media informed the public of the detention of “vandals who painted the star and put the flag of Ukraine on the high-rise building during the small hours of August 20th.”

On 22.08.2014, Pavel Ushevets published a message on his Facebook page, confessing that it was he who had painted the star and put the flag on the building. To prove it, he posted a photo he had taken whilst painting the star. “I regard my act as an artistic performance and dedicate it to Ukraine’s Independence Day, and also to all the guys who are now defending my Motherland”, he wrote. Moreover, Pavel Ushevets called for the release of the four previously detained citizens of Russia, as they were innocent.

On 11.09.2014 it became known that Russian investigatory bodies had charged Pavel Ushevets in absentia and put him on the international wanted list within the Commonwealth of Independent States. He has been charged with a criminal offence – “Disorderly conduct”. If Pavel Ushevets is arrested and handed over to the law enforcement bodies of Russia, he may be sentenced to 7 years’ imprisonment. In his comment regarding said possible course of events, Anton Gerashchenko, a representative of the Ministry of Internal Affairs of Ukraine, says that Ukraine will not render its citizen to the investigatory bodies of Russia.

The Open Dialog Foundation believes that the charges against Pavel Ushevets are disproportionate to the offence committed and are a result of Kremlin’s anti-Ukrainian policy. There is a real danger of Pavel Ushevets being put on Interpol’s wanted list.

We are calling on Interpol to prevent its information systems from being abused by Russia and to ignore Russia’s possible request to put Pavel Ushevets on the wanted list. This case is one of the many which demonstrates how Russia abuses the mechanisms of international criminal prosecution in its fight against adversaries of the authoritarian regime.

We wish to draw the attention of the Commission for the Control of INTERPOL’s Files to the fact that Russia has been systematically abusing international law. Cases have quite often been documented in which Russia has used the mechanisms of this international organisation to persecute people on political and non-criminal grounds.

In September 2013, the Open Dialog Foundation published a report about some states (including Russia) abusing the Interpol system.

In November 2013, the Fair Trials International organisation – which provides legal support to people deprived of the right to defence in court in their native countries – published a report about the Interpol system being used for political purposes. In particular, this report describes cases in which Russia used the Interpol system to prosecute opponents of the authoritarian regime.

In summer 2014, as the Ukrainian-Russian crisis was becoming more and more acute, the Investigatory Committee of Russia opened a criminal case against the Ukrainian statesmen Igor Kolomoyski and Arsen Avakov. These are fabricated cases; however, the Ukrainians were placed on the international wanted list.

We wish to underline that Interpol’s constitution forbids the organisation from engaging in matters political, military, religious and racial in nature.

We believe that the abuses committed by Russia are unacceptable. We call on Interpol and its member states, as well as the European Parliament, European Commission, UN, PACE, OSCE PA to consider suspending Russia’s membership in the International Criminal Police Organisation (INTERPOL) for its systematic abuses of the organisation’s mechanisms.