Search
The Open Dialogue FoundationNewsReply from Kazakhstan’s Prosecutor General’s Office concerning the Case of A. Derkunskiy

The Open Dialog Foundation contacted the Prosecutor General of the Republic of Kazakhstan, Ashat Daulbaev concerning the case of Andrey Derkunskiy, the Kazakh advocate sentenced to the penalty of deprivation of liberty who was found dead after he had told the administration that he could present evidence proving his innocence. Relying on their sources in Kazakhstan’s National Security Committee, journalists of the “Respublika” media group, mentioned threats through which attempts had been made to shut the mouth of the sentenced advocate and his relatives. The Foundation submitted a report on the matter to the Prosecutor General’s Office with an appeal to institute an investigation to explain the circumstances behind Derkunskiy’s death. We demand, amongst others things that conditions are ensured in which the lives of the witnesses Daniyar Toledinov and Vladimir Cay are not under threat and that the staff of the temporary detention centre who, as a witness testifies, contributed to the advocate’s death, be suspended for the duration of the investigation.

In reply, Kazakhstan’s Prosecutor General’s Office passed the appeal on to the Prosecutor’s Office in Almaty ordering that the branch check the evidence, as submitted by the Foundation, of the involvement of the detention centre’s administrative staff in the death of Derkunskiy. 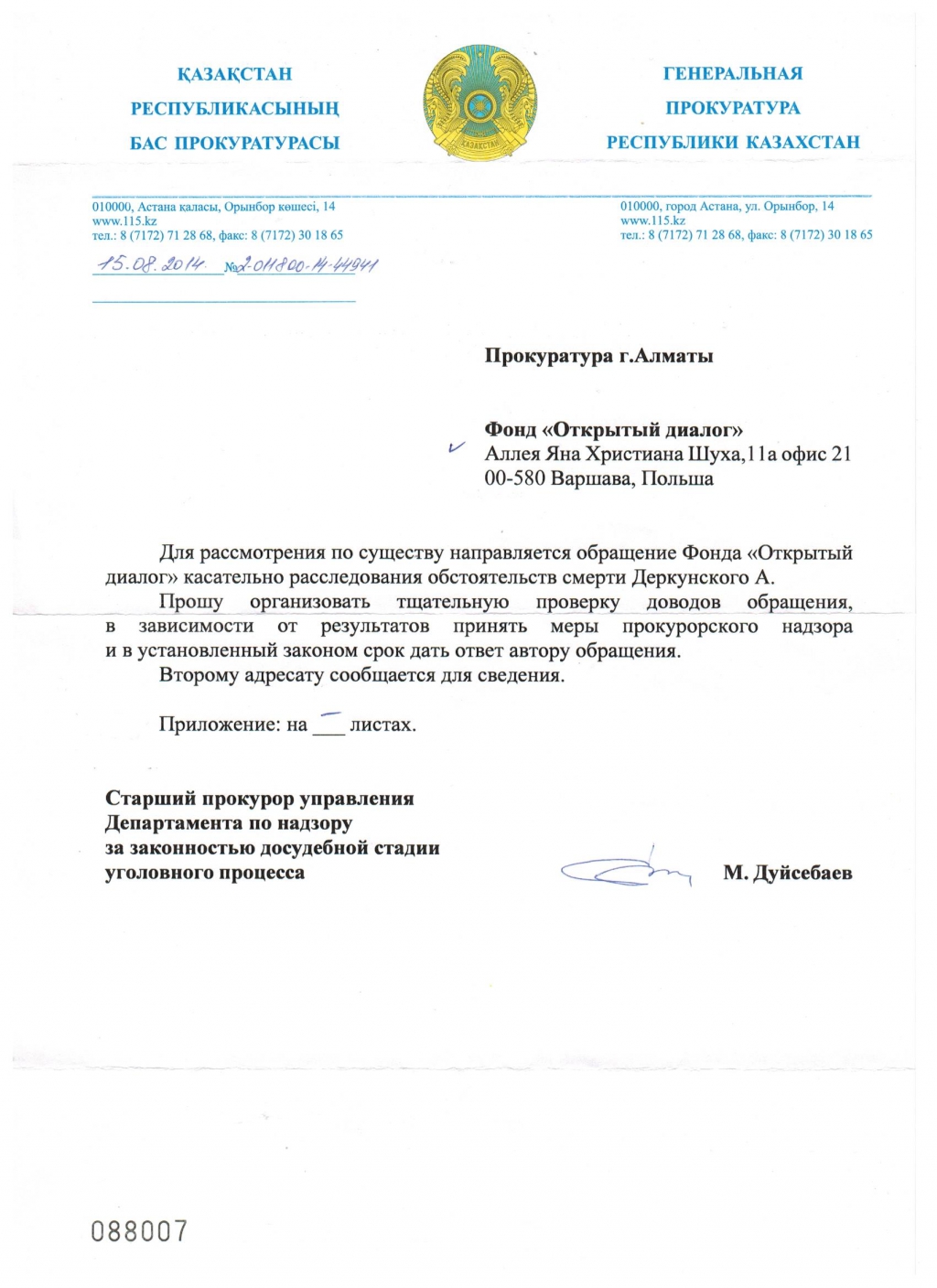