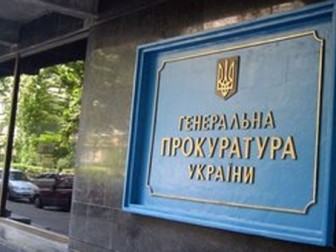 Cooperation between the Prosecutor General’s Offices of Kazakhstan and Ukraine

As Ukraine’s Prosecutor General’s Office reports on its website, the visit was aimed at exchanging experience between representatives of the prosecutors’ offices in relation to the entry into force in Kazakhstan of the new penal code and code of criminal procedure. Kasko was apparently talking during the meeting about the Ukrainian experience relating to the introduction of the criminal code of procedure which came into force in 2012, and expressed his readiness to assist Kazakh investigators wishing them success in the implementation of the new law.

In the meantime, in Kazakhstan, incessant attacks against oppositionists and social community activists can be noted, an example of which is the search for public enemy number one in the country, Mukhtar Ablyazov. If the Kazakh authorities want to fulfil their declarations and obligations concerning human rights and transparent democratic law, they should seek support amongst western states. So far, however, Kazakhstan is not opting for a dialogue with states which observe international standards. Also, there is cooperation between investigation bodies of Ukraine and Kazakhstan relating to the extradition of Ablyazov. An arrest warrant for the Kazakh dissident has been made by the Ukrainian authorities during Yanukovych’s regime, and, until now, the present authorities continue to be involved in the matter.