Search
The Open Dialogue FoundationMedia about usTVP info: Separatists’ attack instead of breakthrough in Ukraine

In an interview with TVP television, the spokesman for the Open Dialog Foundation, Tomasz Czuwara commented on the attack of Russian separatists on a bus carrying refugees. Near Lugansk, terrorists shelled buses taking civilians away from the conflict zones. As Czuwara asserts, the terrorists’ leaders want people to stay within the conflict zone and play the role of “living shields”, which is intended to weaken the Ukrainian offensive. 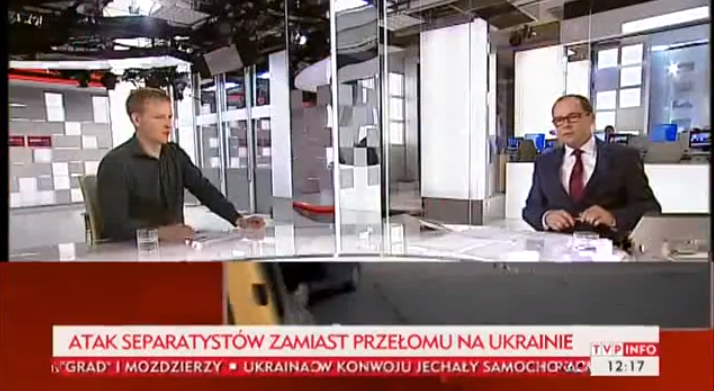