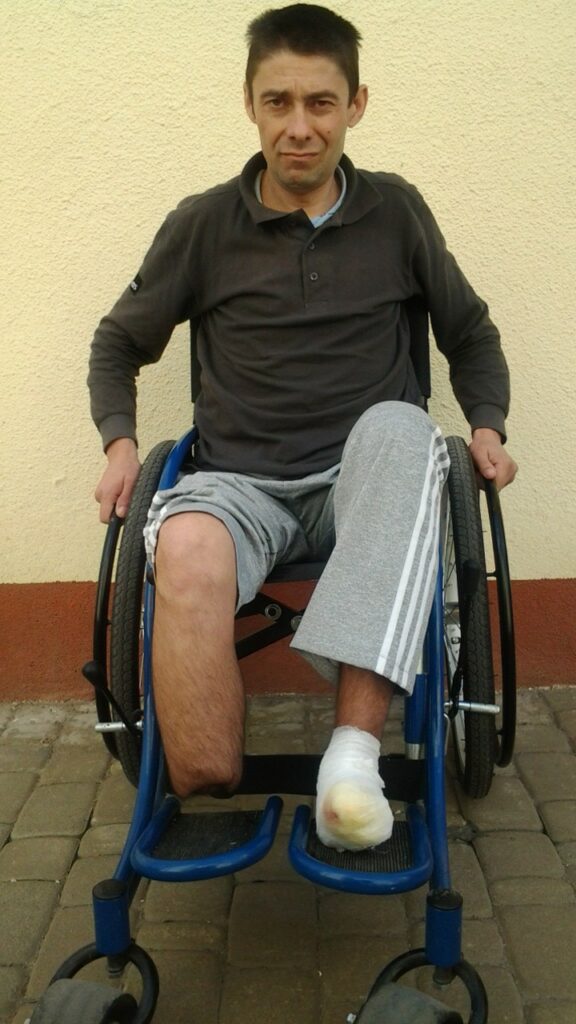 Help Oleksandr by raising funds for his leg prostheses

Oleksandr Goncharuk, 46, from the village of Lyadova (near Mohylov Podolsky) paid the price of his health for joining the January protests in the Maidan. The man suffered from severe frostbite – one of his legs and the toes of the other had to be amputated. Oleksandr now has a chance to regain partial fitness by acquiring specialist prostheses costing PLN 30,000. Help us collect the required amount. 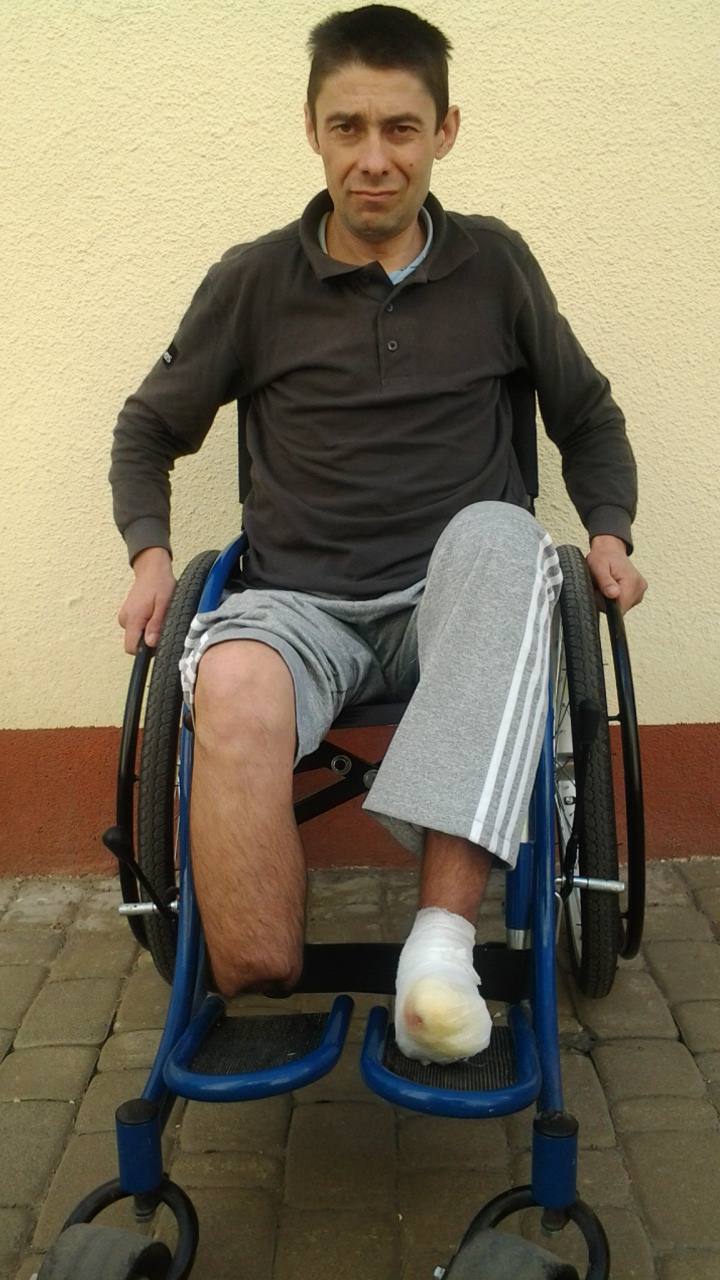 In December 2013, Goncharuk came to the Maidan to support protesters against Yanukovych’s power. He spent precisely one month and 10 days in Kiev staying in a tent with no heating. In January he started to suffer frostbite in his feet but did not go to get medical help immediately. Despite the great pain he was suffering, he continued helping the protesters all the time – carrying water and cutting wood. When he became immobile with the condition of his legs continuing to worsen, he decided to return home in February. From there, he went to the hospital in Mohylov Podolsky where he spent a month. The doctors started the struggle to save his legs, yet sadly, it was too late. Amputation of one leg and the toes of the other leg proved necessary. Then, he was taken to Vinnitsa where he underwent 4 skin-grafts. At the moment, his is still suffering from pain in his foot but it has started to heal, and in his other leg the pain has subsided and the wounds from the amputation have cicatrised.

Now, Oleksandr is staying at the Invalids’ Rehabilitation Centre where he is taking a three-month course in sewing slippers in a bid to acquire a means of earning a living in future.

Thanks to modern prostheses, we can enable him to work on his farm again. In the current situation in Ukraine, with military conflict, a high number of injured persons in hospitals, a shortage of funds for rehabilitation and purchases of good prostheses, we want to bring Oleksandr to Poland and provide him with the necessary medical care from competent doctors. The amount needed for the prostheses and rehabilitation is PLN 30,000. We will not manage to do it without your help and financial support. Help us raise the required amount. Every single zloty will bring us closer to realising the dream that the modest and simple man has of walking again.