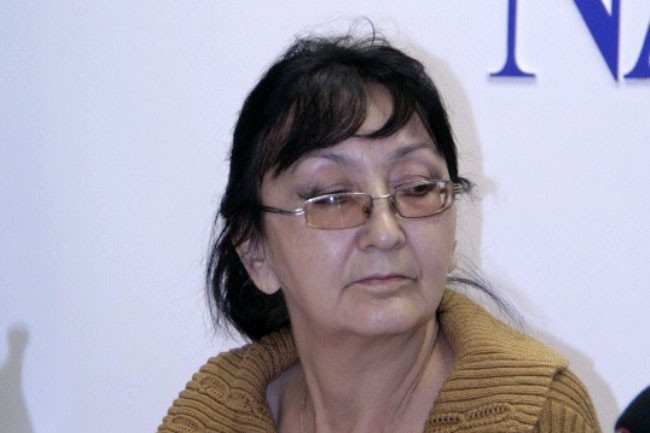 Zinaida Mukhortova has been involved in the defence of human rights in Kazakhstan for years. For her activities, the authorities have sent her, for the fourth time, for compulsory psychiatric treatment, even though, in the opinion of independent experts, she is fine. In psychiatric hospitals, the activist was forcibly administered psychotropic medicines and physical violence was used against her. The Open Dialog Foundation has now turned to the Prosecutor General of the Republic of Kazakhstan, Ashat Daulbayev, calling upon the authorities to immediately release Mukhortova.

In its letter of 25th July 2014, the Foundation called upon the Prosecutor to release Zinaida Mukhortova forthwith and hold liable the people who are responsible for her unlawful hospitalisation. At the same time, the Foundation demands a verification of the opinion provided by Kazakh forensic medicine experts based on which, the human rights defender was deemed to be mentally ill, and also the consideration of the opinions of independent doctors who confirmed her good state of health. The Foundation also pleads that Mukhortova be given the right to fair trial and that conditions be created in which she could perform her activities as a defender of human rights and as an advocate.

In response, a representative of the prosecutor’s office stated that expert opinions had been carried out in respect of Mukhortova’s mental state several times before, allegedly with the involvement of independent experts. Moreover, the prosecutor’s office’s representative claims that the compulsory hospitalisation of the lawyer is based on court decisions meaning that it is lawful – which is strongly disputed by the Foundation given the placing of Mukhortova in psychiatric hospitals as a form of retaliation for her human rights activity.

The prosecutor’s office relies on Article 94 of the Republic of Kazakhstan’s Code “On the Nation’s Health and Health Protection System”, asserting that a person’s consent is not required should they suffer from a severe mental disorder. However, in accordance with this regulation, the provision of medical help without a person’s consent applies only to people who suffer from severe mental disorders, are in a state of shock and pose a danger to their environment. Regrettably, investigators are taking a completely arbitrary approach to law, bending and interpreting it to suit their own needs. They also turn a blind eye to the opinions of independent doctors who have repeatedly emphasised that Mukhortova is of sound mental health. The unlawful placement of the activist in hospital, by force, is therefore an open violation of her rights.

On 2nd July 2014, the activist was forcibly sent to a psychiatric hospital for the fourth time. According to the Foundation’s knowledge, Mukhortova was abducted from her home by six men who initially pretended to be electricians. While she was being detained, her 14-year-old grandson was hit on the head, and her 5-year-old granddaughter was aggressively pushed away. The lawyer filed a complaint regarding her further detention in a psychiatric hospital in July. In its reply, the prosecutor’s office cited an inspection conducted on 25th July 2014 by the Kazakh Committee for the Inspection of Medical and Pharmaceutical Operations of the Ministry of Health in the Karaganda district, with the participation of an “independent expert in psychiatrics” N.A. Hegay. The complaint was rejected since, according to the investigators, the Committee did not see any irregularities in her being forcibly placed in hospital again.

What is exceptionally “interesting” as well is the explanation given by the prosecutor’s office as to the claims about preventing Mukhortova from performing her community activities in defending human rights. The investigators assert that the activist is not being persecuted because she does not engage in such activities … Mukhortova is a lawyer with more than 10 years’ experience. As a defence lawyer, she gave free legal advice to local communities and revealed corruption at high levels within the authorities, which signalled the start of her battle against the regime. Her social commitment quickly attracted the attention of Astana which is applying methods of Soviet repressive psychiatrics in its fight against the activist. Now, the prosecutor’s office is hypocritically negating its claims that she was not engaged in the activities, wishing to have the allegations of Mukhortova’s persecution dismissed.

Repressive psychiatrics dates back to the USSR. It was then that the authorities used it as a tool for persecuting their political opponents. Kazakhstan which, on the international arena, is cherishing its image of an emerging democracy, is not respecting fundamental human rights.

The persecution of Mukhortova is an example of the repressive nature of the Kazakh system. It is only further pressure from Europe that can peacefully bring about an opportunity for the opposition to have a voice and to start democratic change.