Search
The Open Dialogue FoundationMedia about usCzuwara on TVN 24 BiŚ: There is actually nothing like a truce

ODF’s press officer, Tomasz Czuwara, commented on the statement of NATO’s Commander-in-Chief in Europe Philip Breedlove on TVN24 Biznes i Świat, who does not believe that a truce in the east of Ukraine will be observed.

“The Russian army are still on the territory of Ukraine, the number of missiles fired is still the same. The only thing that has changed is the role of the OSCE which is expanding. The Organisation for Security and Cooperation in Europe is to ensure safety and security to Ukraine through the tightening of the part of its border which is currently controlled by so-called separatists” Czuwara said. 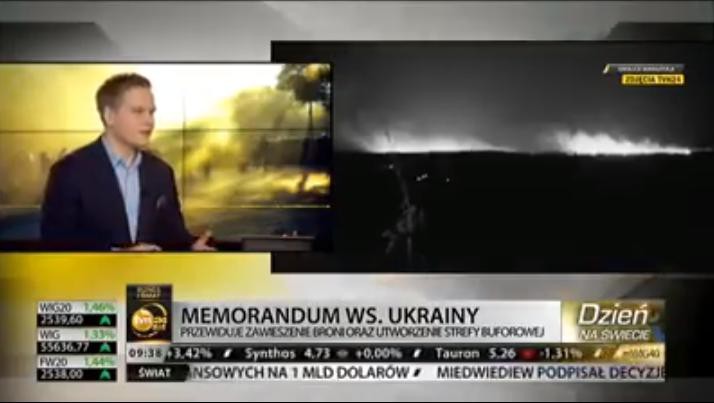