Search
The Open Dialogue FoundationMedia about usOnet.pl: Russia: Nadiya Savchenko has been found

Relying on information from the Open Dialog Foundation, Onet.pl portal reports that the Ukrainian lieutenant, Nadhezda Savchenko, has been found. She was taken from Voronez to Moscow and placed in a women’s prison. According to onet.pl, the pilot is to be subjected to “psychiatric observation” which matches the image of repressive psychiatrics applied by the USSR. 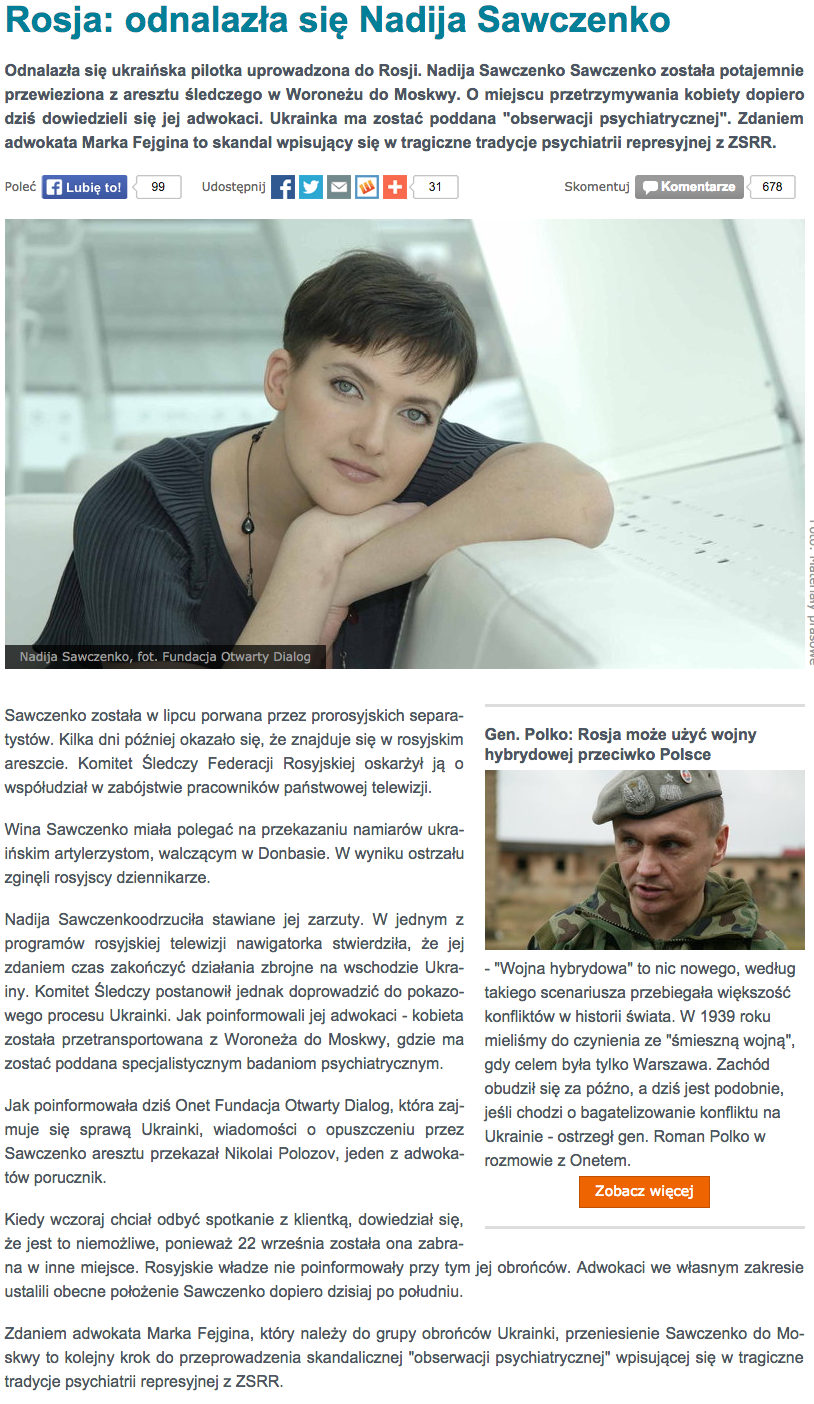