Search
The Open Dialogue FoundationMedia about usOnet.pl: German MEP, Rebecca Harms, was not allowed into Russia

Despite holding a diplomatic passport, the German MEP, R. Harms, was not allowed into the territory of Russia – onet.pl reports.

According to the portal, Harms was to join one of the observation missions organised by the Open Dialog Foundation concerning the case of the imprisoned Ukrainian lieutenant, N. Savchenko. 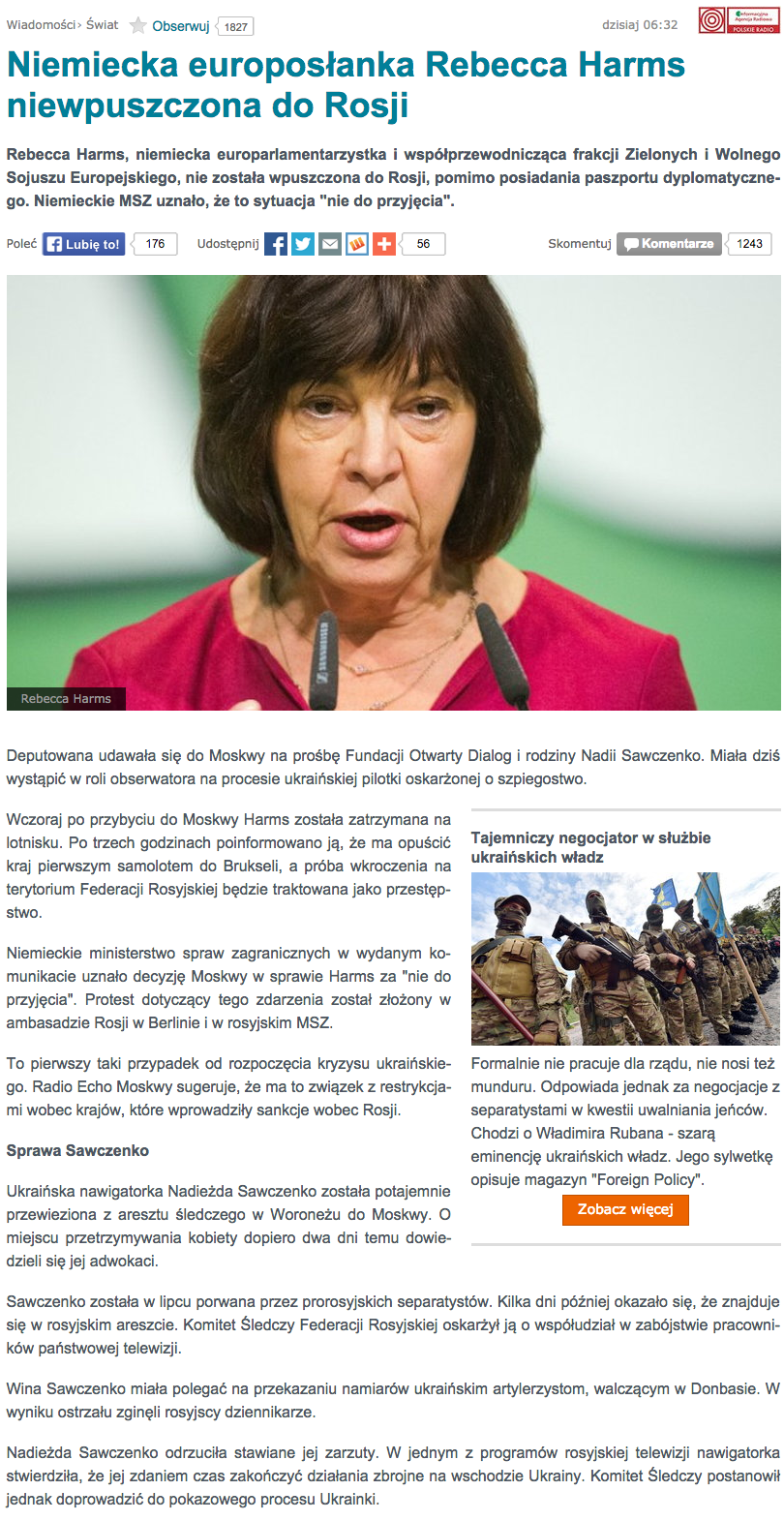 The story was also reported by: