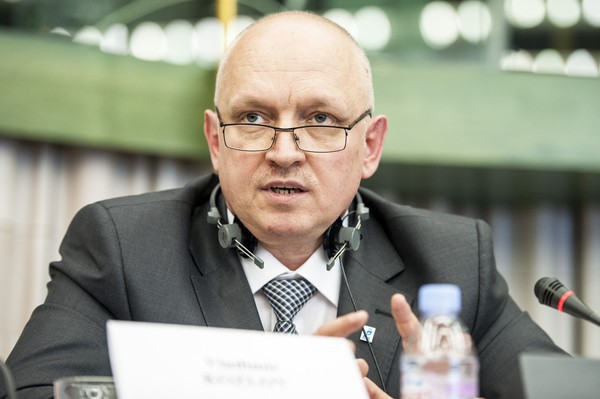 Vladimir Kozlov faces provocations contrived to bring about his transfer to a stricter regime penal colony. Prisoners are subjected to battery

Following the refusal to transfer Vladimir Kozlov to a penal colony with less stringent conditions, pressure exerted on him by the administration of the colony has increased. The political prisoner reported that in his colony, prisoners are subjected to beatings. In addition, the administration threatens prisoners, demanding that they create intolerable conditions of stay for Kozlov. “Kozlov is at risk of being sent back to the colony in the Kazakh part of Siberia. He has already faced provocations, and it’s not safe for him to stay in prison. (…) Such actions by Kazakh authorities contravene the recommendations of the EU for negotiations regarding an extended Partnership Agreement with Kazakhstan”, – reads an official request to Catherine Ashton, addressed to her on 23 September, 2014 by MEPs: Heidi Hautala (Vice-President of the Party ‘The Greens – European Free Alliance’); Rebecca Harms (Co-President of the Party ‘The Greens – European Free Alliance’); Sandra Kalniete (Vice-President of the European People’s Party); Tunne Kelam (member of the European People’s Party); Anna Gomes (member of ‘Progressive Alliance of Socialists and Democrats’); Zdzisław Krasnodębski (member of ‘European Conservatives and Reformists’). These MEPs work in the Committee on Foreign Affairs and the Committee on Civil Rights of the European Parliament.

On 11 September, 2014, Vladimir Kozlov phoned his wife and reported to her that in his colony, a search had been launched with the involvement of Interior Ministry troops who surrounded the building and beat their shields with batons, thus exerting psychological pressure on prisoners. Workers of the National Security Committee were also involved in the search. However, the search was soon postponed. Perhaps, it was due to the fact that, in connection with the publicity in the media, the colony was visited by a special commission of the civil society foundation ‘Centre for Monitoring Human Rights’.

On 12 September, 2014, the head of the colony, Abylgazy Idilov stated that it wasn’t a search, but rather a ‘scheduled exercise’, and not in the colony, but in ‘a nearby industrial zone’. At the same time, the MIA troops allegedly did not enter the colony, and no prisoners were beaten. It is noteworthy that a few days earlier, in the neighboring colony LA-155/8, a search was conducted with the involvement of the Internal Troops. Witnesses confirmed that the search was accompanied by the beating of prisoners.

After these events, journalists and human rights defenders began to report the beating of prisoners in the colony, where Kozlov is serving time. The editor-in chief of the media group ‘Respublika’, Irina Petrushova, received information from a source in the NSC that after the visit of the commission of the Centre for Monitoring Human Rights, prison officials publicly beat the prisoners on the order of the prison management. Basically, those who had complained to the commission about the administration of the colony, were subjected to severe battery. Vladimir Kozlov has confirmed that he had heard the cries of the prisoners, and seen fresh bruises on their bodies.

A source at the NSC told journalist Irina Petrushova that a provocation is being prepared against Vladimir Kozlov in order to bring about his transfer to another colony with a stricter regime of detention (perhaps, to one of the colonies in the north of the country). The administration of the colony sets prisoners against Kozlov, claiming that their ‘suffering’ is caused by the fact that a famous oppositionist is serving time with them. According to Kozlov, the authorities of the colony and the NSC use threats in order to compel other prisoners to put pressure on Kozlov (create intolerable conditions and, possibly, beat him). Thus, the authorities will be able to send the political prisoner to another colony, under the pretext of ‘ensuring his safety’. In addition, the administration of the colony specifically limited the use of phones by prisoners; using this as yet another excuse to incite prisoners against Kozlov.

The case of Vladimir Kozlov is one of the most important factors prompting tension in relations between the EU and Kazakhstan. At the moment, the Kazakh authorities are very interested in signing a new enhanced Agreement on Partnership and Cooperation with the European Union, which is a major investor in Kazakhstan. On 12 September, 2014, the Deputy Foreign Minister of Kazakhstan announced that it is planned that by the end of the year, a final version of the Agreement is going to be prepared for consideration by the parliaments of the EU countries.

At the same time, the signing of an extended Partnership Agreement implies that the signatory country shares common values ​​with the countries of the EU with regard to democracy and human rights, and fulfills the recommendations of the EU. The European Parliament has issued three resolutions in support of Vladimir Kozlov and other Kazakh political prisoners (resolution of 22 November, 2012, 18 April, 2014 and 13 March, 2014). In particular, in the last resolution, the European Parliament called on Kazakhstan, as a member of the Human Rights Council, “to guarantee human rights, cancel Article 164 of the Criminal Code with respect to ‘incitement of social discord’, cease oppression, eliminate existing administrative barriers for independent media outlets, release political prisoners, including the human rights defenders’ counsel, Vadim Kuramshin, trade union activist Roza Tuletayeva and opposition politician Vladimir Kozlov, as well as reject all requests for the extradition of opposition politicians”.

However, recent events have proven that with regard to political prisoners, Kazakh authorities have taken a principled stance and are not willing to make serious concessions. Vladimir Kozlov was unjustifiably denied a transfer to a softer regime colony, and Roza Tuletayeva – denied release on parole. Vadim Kuramshin was subjected to forced psychiatric examination, and due to this fact, he was forced to go on hunger strike again as a result of the pressure exerted on him by the administration of the colony. In anticipation of the expected processes of the change of power, the Kazakh regime is afraid of releasing opposition politicians and civil society activists who occupy an independent position and have credibility in the West.

In connection with the closed nature of the penitentiary system, the fate of prisoners is entirely dependent on the will of the prison administration and the Kazakh authorities. Society cannot ensure the observance of the rights of political prisoners, and so, one way to protect them is by exerting international pressure. 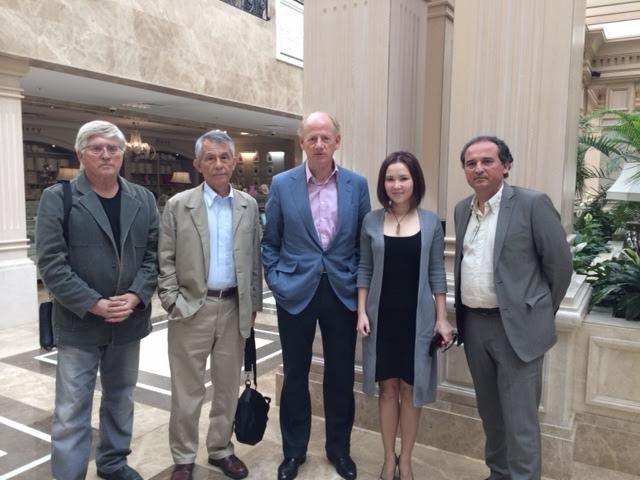 An important condition for the signing and ratification of the new Partnership Agreement between the EU and Kazakhstan should be the full implementation, by the Kazakh authorities, of resolutions and recommendations of the European Parliament on human rights and the release of political prisoners. In connection with the preparation of the Agreement, it is necessary to hold a hearing in the European Parliament and to consider the problem of Kazakhstan’s systematic failure to fulfill international obligations in the field of human rights.

We hereby call for your support of the following demands, addressed to the Kazakh authorities:

The upcoming 20th session of the Working Group on the Universal Periodic Review of the UN should take into consideration the increasing number of incidents of oppression against civil society representatives and political prisoners in Kazakhstan.