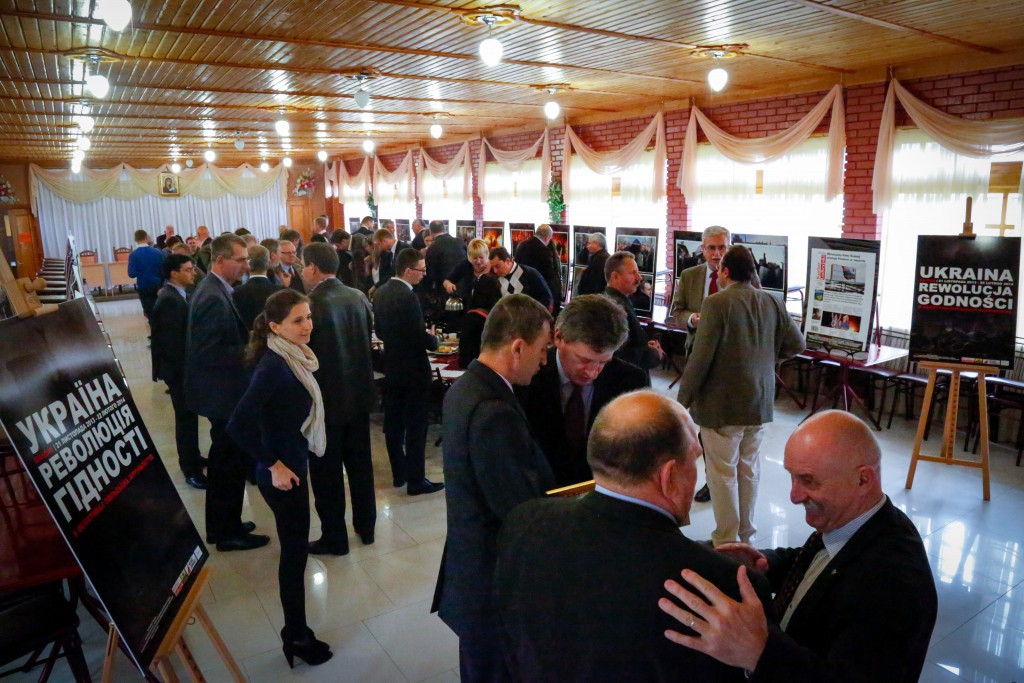 Annually, the Carpathian resort of Yaremche on the Prut hosts Polish-Ukrainian meetings organised by the Vasyl Stefanyk Subcarpathian National University in Ivano-Frankivsk (former Stanislaviv) and Kurier Galicyjski with support from the Freedom and Democracy Foundation and the Polish Ministry of Foreign Affairs. These are academic meetings devoted to the bilateral relations between the two states, with any business or local government inspired cooperation initiatives being presented there too. This year, they were held on 26 – 28 September.

The invitees included representatives of state administration from both parties, the director of a local division of Ukraine’s Foreign Ministry, deputy governor of the district administration, representatives of Poland’s Podkarpackie Region’s local government and of the Polish Ministry of Foreign Affairs. The Polish Ambassador, Henryk Litwin, was present throughout the congress too.

The conference was divided into several thematic panels. The organisers focused on the possibility of free discussions which is a dream for the participants of any such event. Thus, formal presentations and contributions stopped at half-sentence were avoided whilst ensuring observance of the agenda. The conference was moderated by, amongst others, Dr Andrzej Szeptycki of the Foreign Relations Institute, University of Warsaw, and Mirosław Rowicki, editor-in-chief of Kurier Galicyjski.

Section 1 was about the policy of security and inter-governmental cooperation. Parallel discussions focused on economic cooperation and possibilities of bilateral trade. Section 2 discussed historical issues which always raise heated discussions, which are sometimes necessary, and simultaneously, issues of the provision of humanitarian aid were also discussed.

Agnieszka Piasecka representing the Kiev office of the Open Dialog Foundation took the floor in a discussion on the policy of security and inter-governmental cooperation, sharing her practical experience from the Foundation’s everyday work to support the initiative of lustration and decentralisation reform in Ukraine. Opinion regarding the practical aspect of activities in international relations attracted the interest of the attendees and inspired a lot of questions asked during the two days of the conference in individual conversations. The speakers on the aforementioned panel included Dr hab. Agnieszka Legucka of the National Defence Academy, the well-known Polish publicist Dr Kazimierz Wóycicki, Dr Adam Eberchardt, Deputy Director of the Eastern Institute in Warsaw, and, on the Ukrainian side, Professor Serhiy Hałabała of the Taras Shevchenko National University, Professor Ihor Docjak of the Vasyl Stefanyk Subcarpathian National University and many other prominent and esteemed academics. This year’s congress attracted a total of more than 100 participants from both countries.

Closing the conference, the organisers concluded that it is necessary to deepen the cooperation on both sides by pressing local government officials and politicians to actually work on developing bilateral relations and not merely revert to making occasional declarations on the matter.

The Open Dialog Foundation will be actively supporting next Polish-Ukrainian congresses.